One time I almost made it in Hollywood...

At the end of June 2011, I was contacted by SA Studios Global, a culture-led marketing agency to draw up poster concepts for "The Raven" starring John Cusack (who you might remember as Bryce from "Sixteen Candles"). SA Studios have worked on campaigns for Robert Rodriguez and Quentin Tarantino films, Capcom USA, and the video game "Gears of War" to name a few. As you can imagine, I was pretty excited that I would have the chance to be involved with any film-related work, especially one that revolves around Edgar Allen Poe, and of course a project that would allow my work to be exposed to a ton of people.

After agreeing to work on the project, I found out from Nate Eckman over at the agency that the project had a very tight due date. I had less than three weeks; which for some people might sound like a lot of time - but you have to understand that my technique and style are VERY time consuming AND at the time I was working between 35-40 hours doing freelance production art. Everything had to be wrapped up right before the San Diego Comic Con - that is from initial discussions, to thumbnail sketches, to further developed mockups, and finally to a completely finished poster, and of course you have to figure in the back and forth with the approval process.... also I forgot to mention that not only were there something like half a dozen or so other artists being presented by SA Studios, there were other marketing agencies competing to get the movie as well. This was not a guaranteed gig, but it wasn't "spec" work - I would be getting paid fairly well, at least compared to my normal rates of working in music.

I knew I'd have a very difficult time completing the project, but I figured "what the hell?", things like this don't happen too often. So off I went....the project started out in a pretty normal fashion - I talked with the creative director at SA Studios, Nitin Vadukul and reviewed some of the concept art boards he sent over. I can't say the actual style in the concept boards really matched up to mine, but after discussing my ideas with the guys over at SA Studios - they just said to "go for it".

The film studio wanted to avoid something very obvious like a single image of a raven - but were open to something involving pen ink, quill pens, claws, bird skulls.

"There's nothing wrong with a raven, but in thinking of the notes [from studio], if there is some creative way to not make it so obvious in terms of drawing the whole bird, maybe there's a clever way to weave in the essence of Poe using parts of the bird, something that is arresting and harkens back to the movie."

I thought those were great ideas that I could put my spin on... so off to the drawing board! 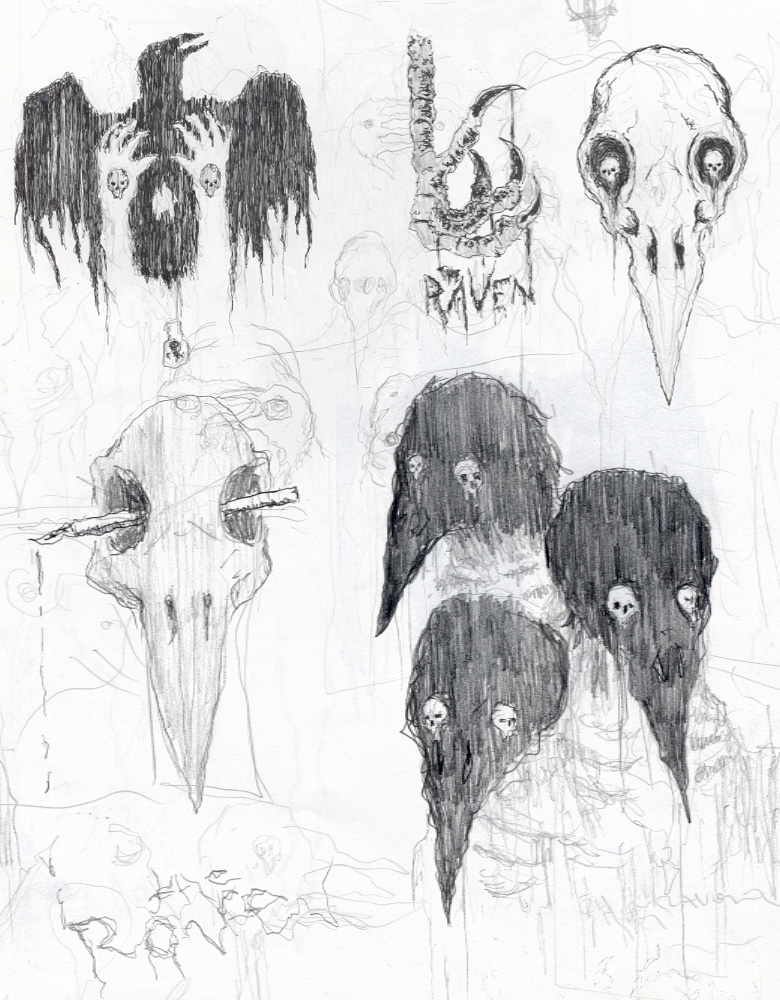 Personally, I wanted to go with something bold and iconic...even simple. Due to the crunch time, I wanted to avoid anything that looked like a scene or was overly-complex. Here are my initial loose sketches scanned, colored, and assembled together that I presented to the creative director at SA Studios. 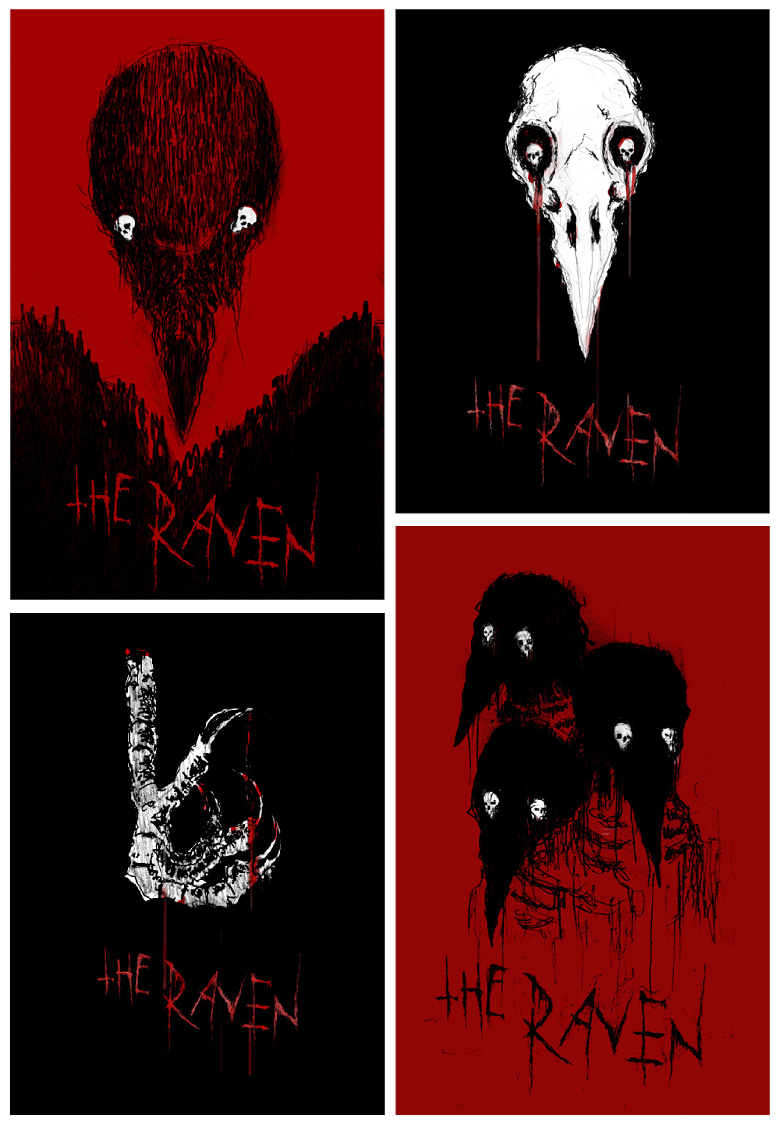 After sending my initial comps, I really didn't know what to expect. Fortunately, SA Studios were pretty enthusiastic and excited about my ideas. After receiving approvals and some feedback, I had about a day and a half to work on and finish final comps of the poster. I knew it was going to be a long day, so I tried my best to draw out some fairly quick pieces (relatively speaking) without sacrificing detail and texture. Below are bits and pieces of the imagery I drew before arranging them together. 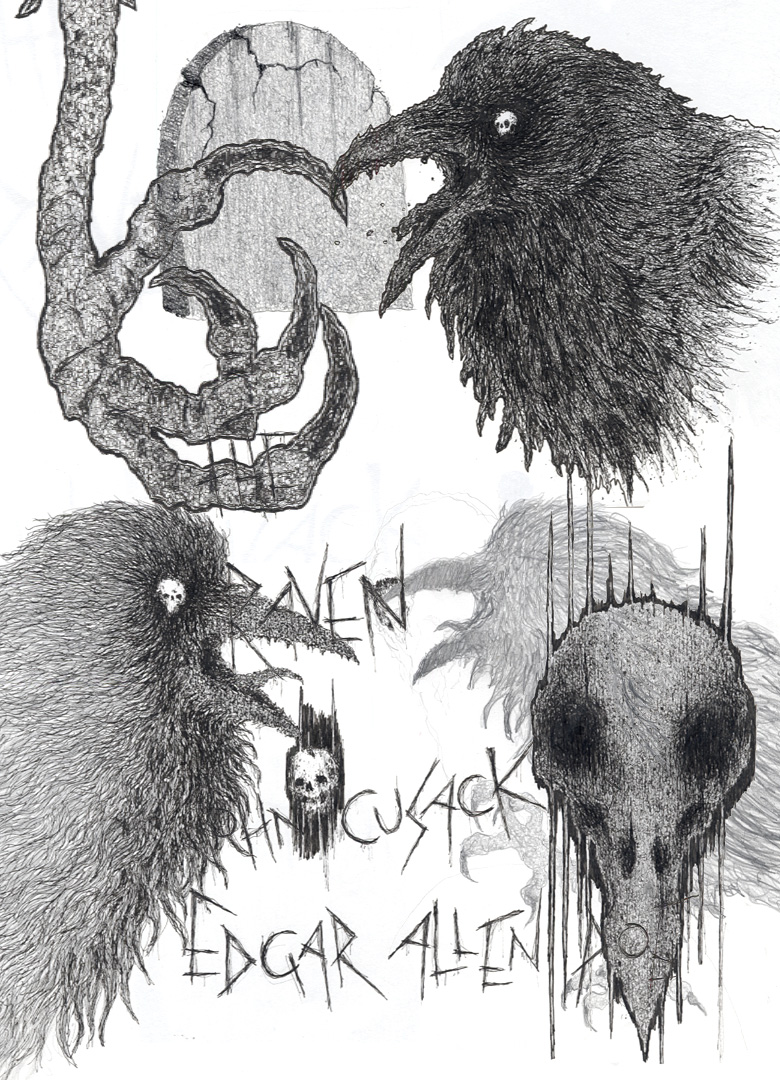 Refining and Putting Together Presentation Pieces

As you can see, the poster mockups echo my style but are still pretty loose compared to my finish pieces. For me this was probably a record as far as the amount of work produced in such a short amount of time. Needless to say, SA Studios were more than pleased by my final pieces and were very excited to present these to the film studio. 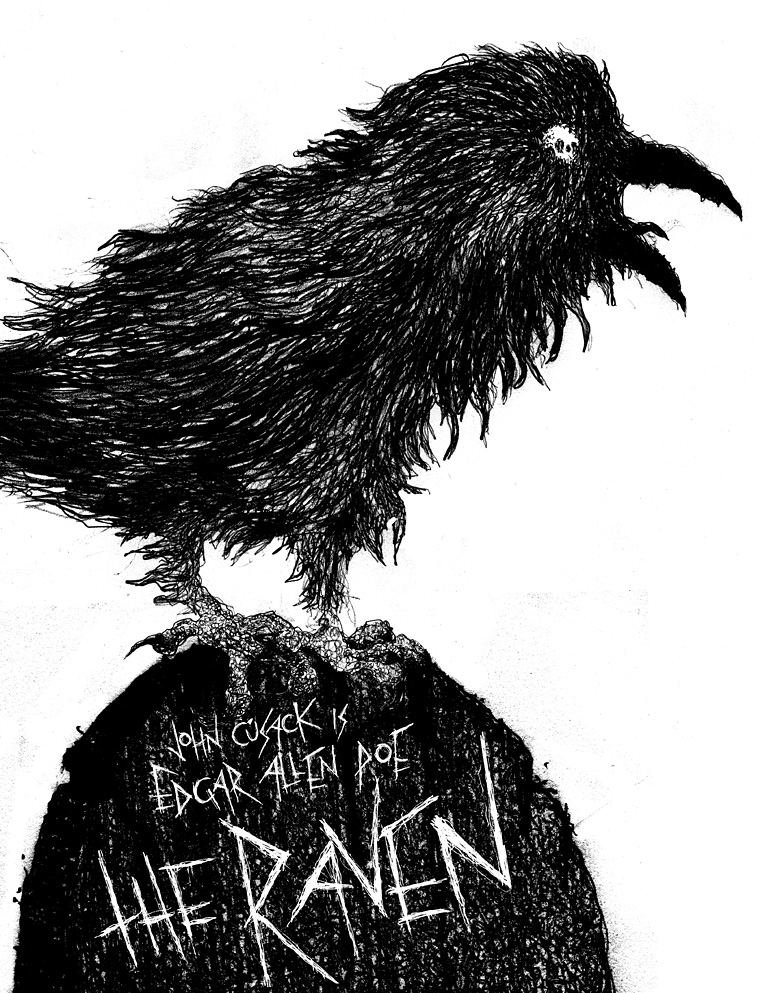 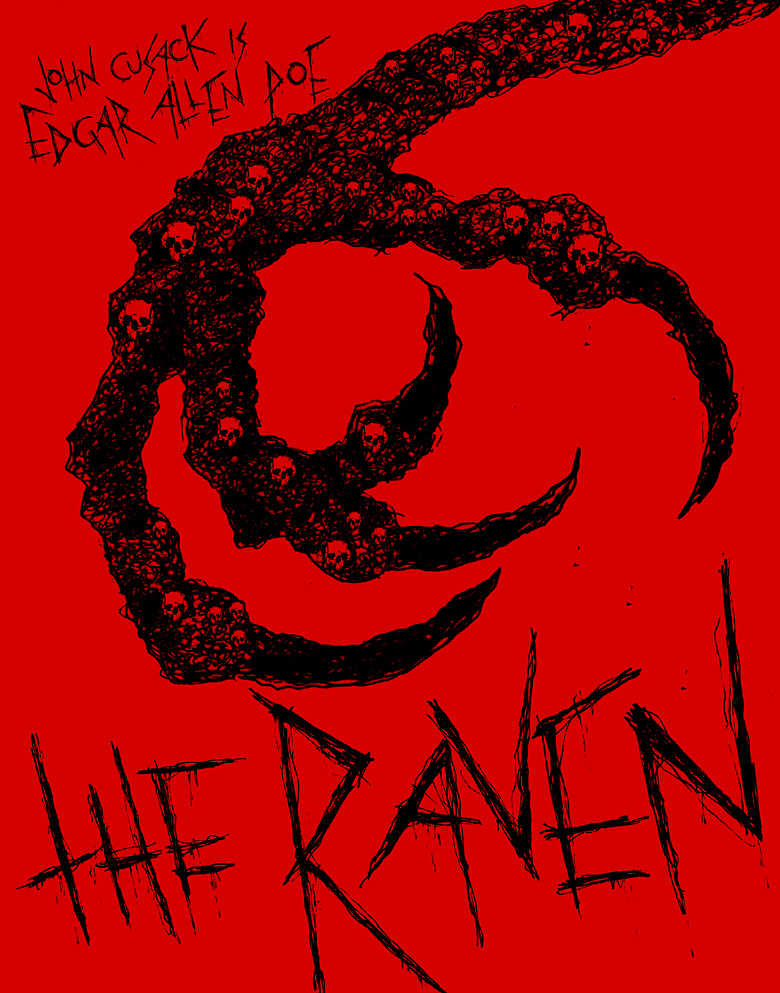 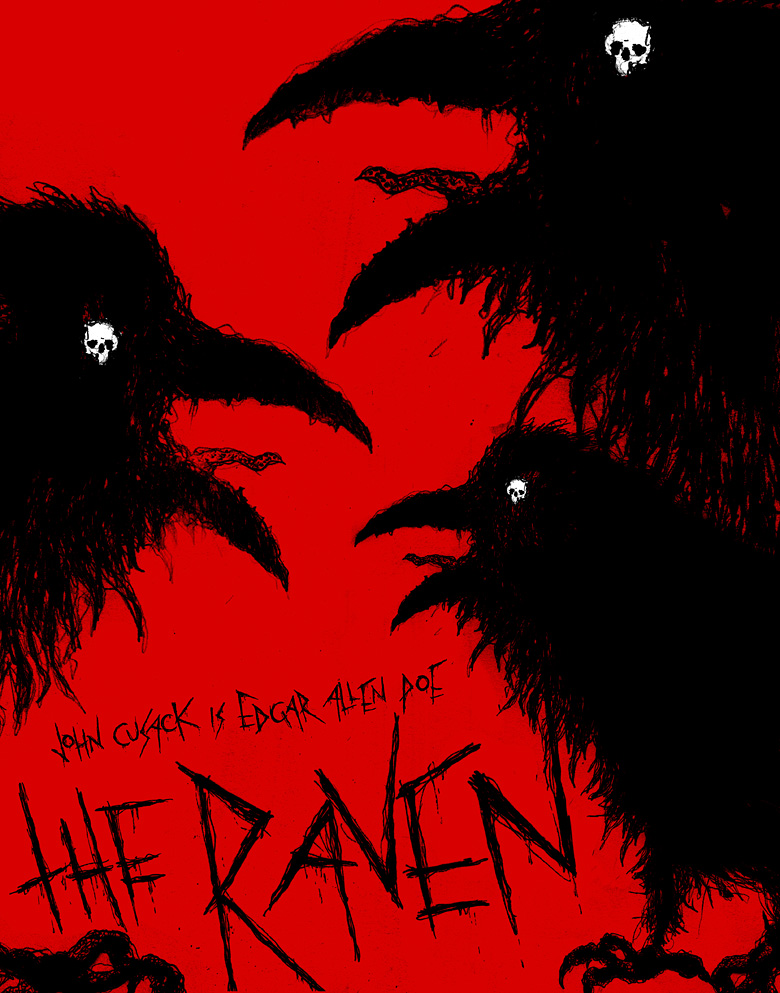 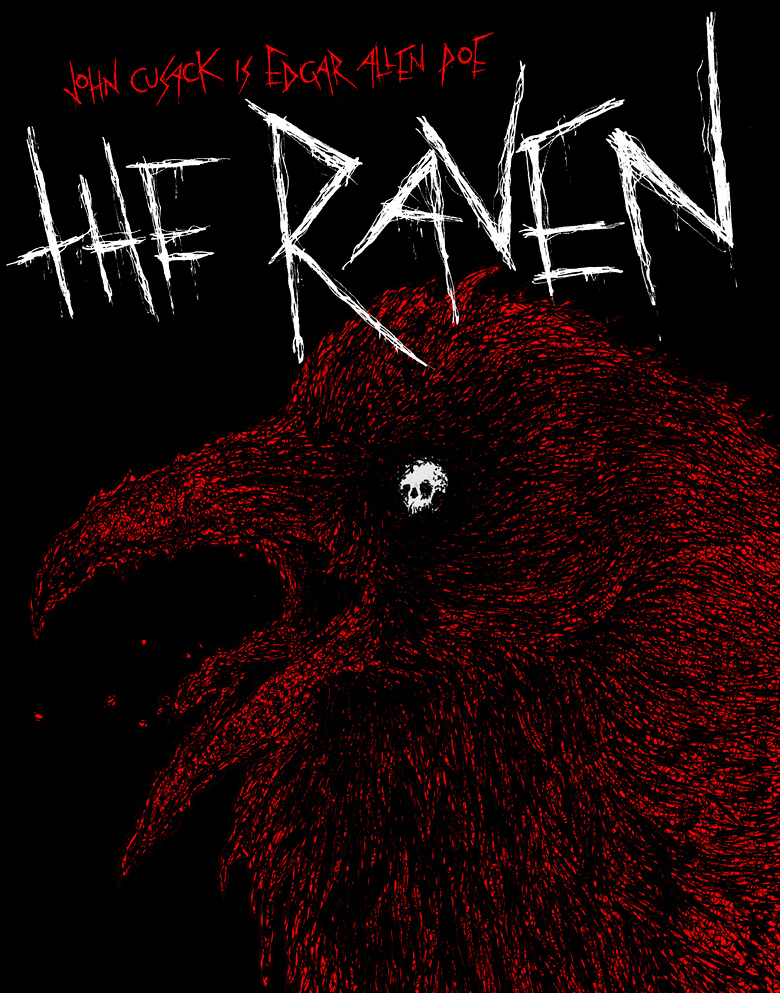 After a few rounds with the film studio, I learned from SA that the gig came down to me and one other artist. It must be true what they say about clients always picking the one you like the least - the movie people liked the black poster with the raven skull. Regardless of them choosing what I thought was the worst piece - I was pretty surprised that I even got that far. I'm typically a pessimistic person, or "realist" as I like to say... excitement and dread set in. How would I even be able to complete a full movie poster in less 5 days?! 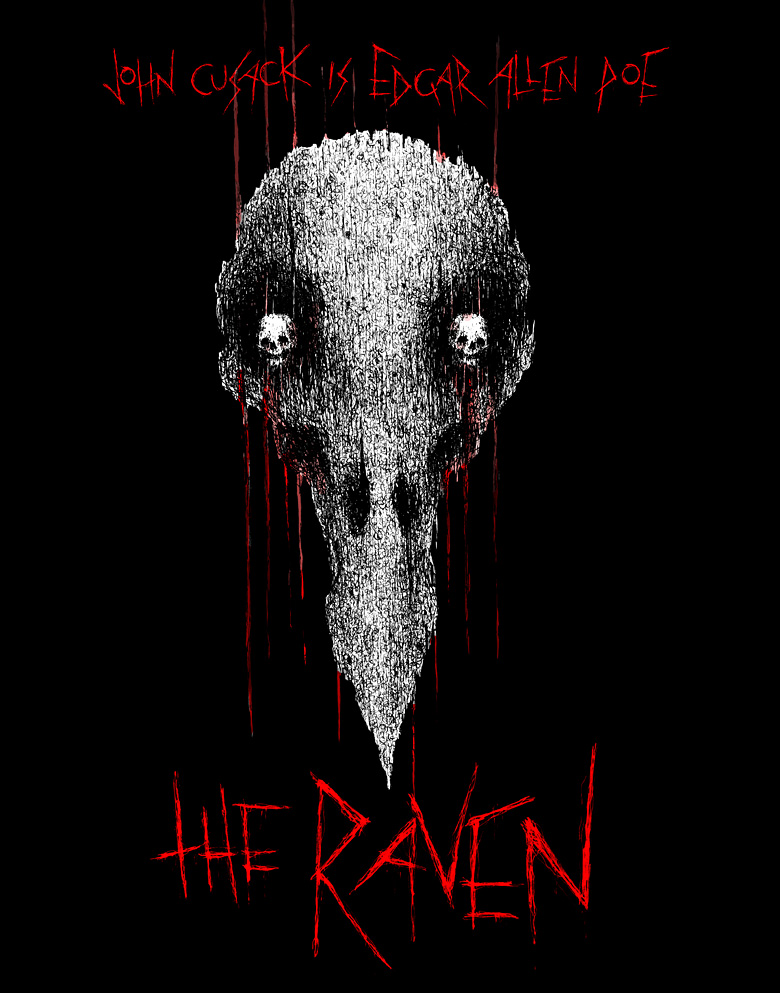 Well, obviously I didn't get the gig, and to be honest I was probably a bit more relieved than I was bummed out. Sure it would have been extremely awesome to see my work on billboards and in theatres, but I think it would have been physically impossible for me to complete and deliver that piece before the Comic Con. That could have been why I wasn't picked. The film studio were also presented a lot of my existing pieces so they could get an idea of what they would end up with. It's pretty obvious from what they chose to present at the Comic Con, that they may have decided to play it kind of safe, and were also concerned about rushing out something quick. It's really kind of strange if you think about it... that a promotional piece for a multimillion dollar Hollywood movie gets rushed out so quick and at the last minute. But, I guess that's part of "the business".

I might be putting a shiny coat on this, but both SA Studios and I considered this to be a success all around and hopefully I'll get the chance to work more in film. Thanks to the team at SA Studios and best of luck to John Cusack and director James McTeigue ("V for Vendetta")!

The white poster is what the studio had presented at the San Diego Comic Con and also on their website, what do you think? The deep red version is something new that popped up recently... kind of looks familiar in a way doesn't it? 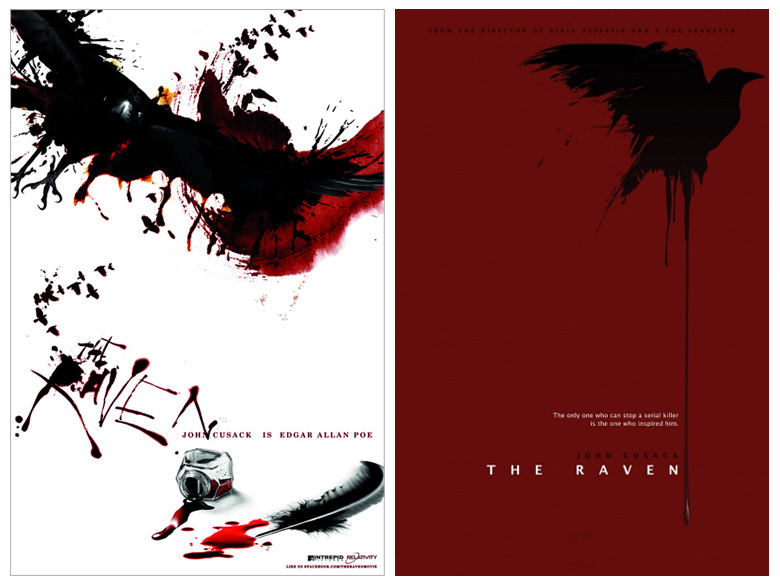 Hopefully some other illustrators found this interesting and maybe a bit hopeful. Yes there is a chance for us who like to draw the obscure, dark, ugly and repulsive.