To go along with the interview, I was asked me to provide a little back story on their favorite VBERKVLT album covers, t-shirts, and assorted oddities. 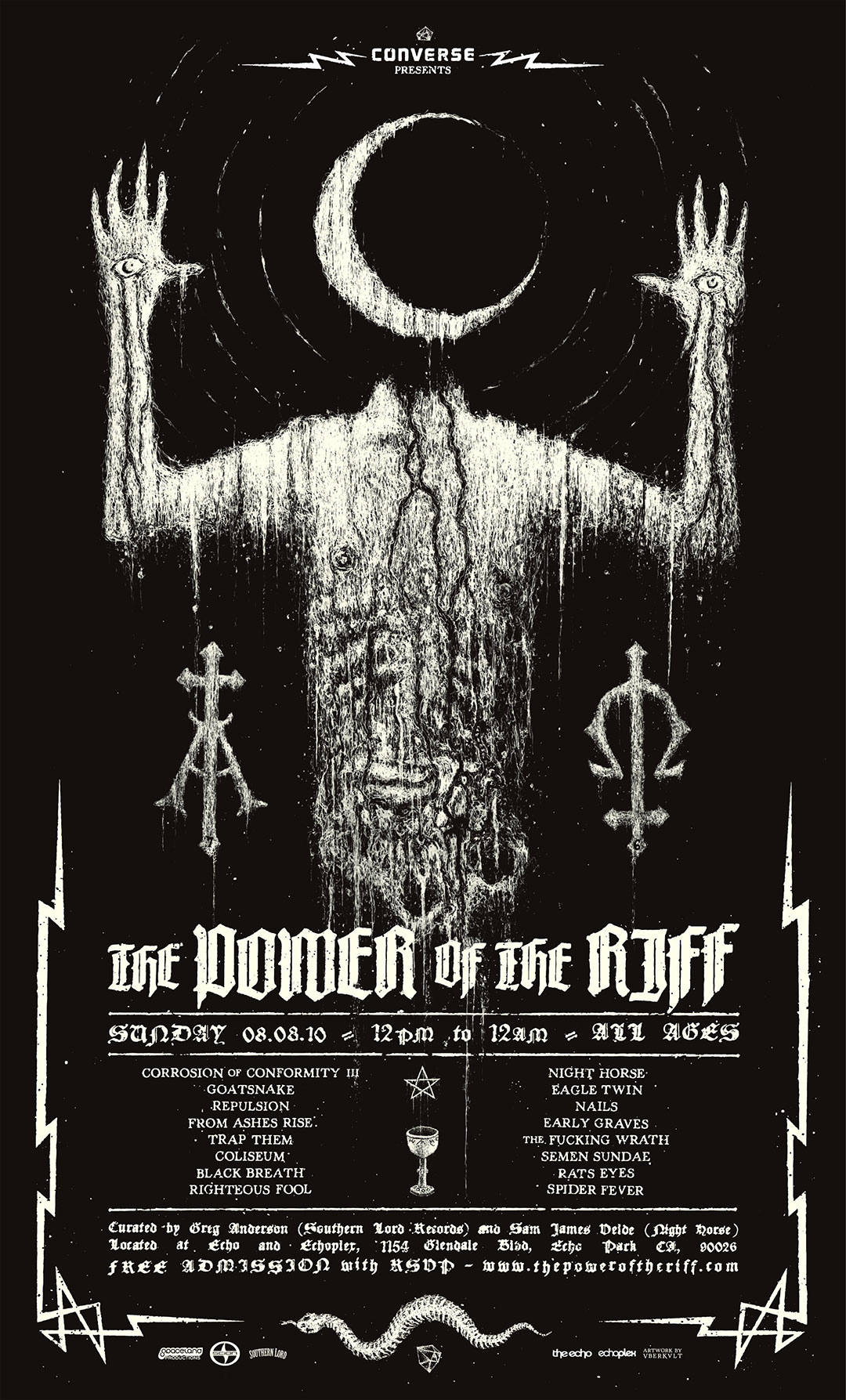 One of the dozen or so Southern Lord Records projects I was fortunate enough to work on. I created the logo and main illustrative elements for the first Power of the Riff festival's promotional materials. A being decomposing into sound energy from riff vibrations... I remember spraining my wrist at the show during REPULSION. 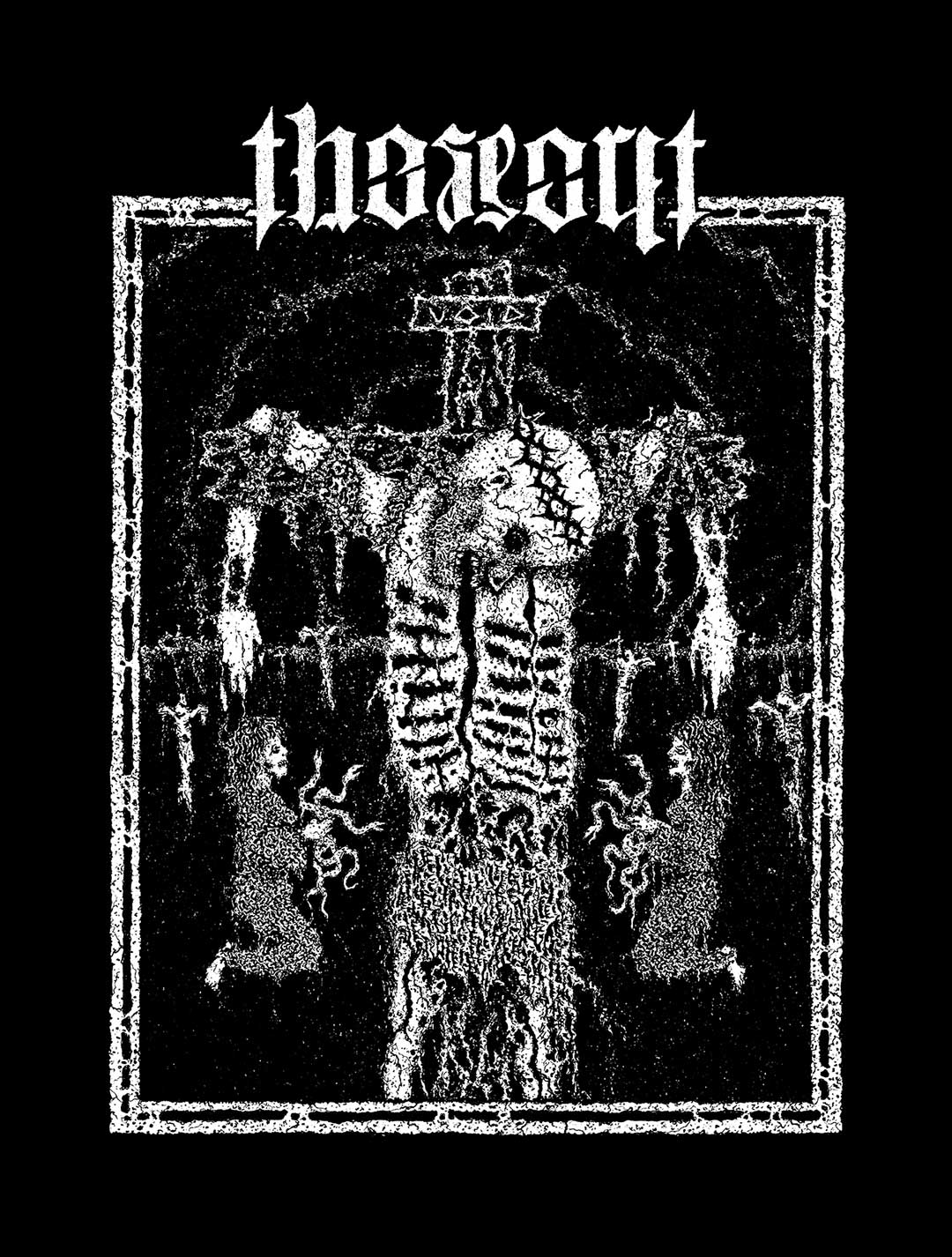 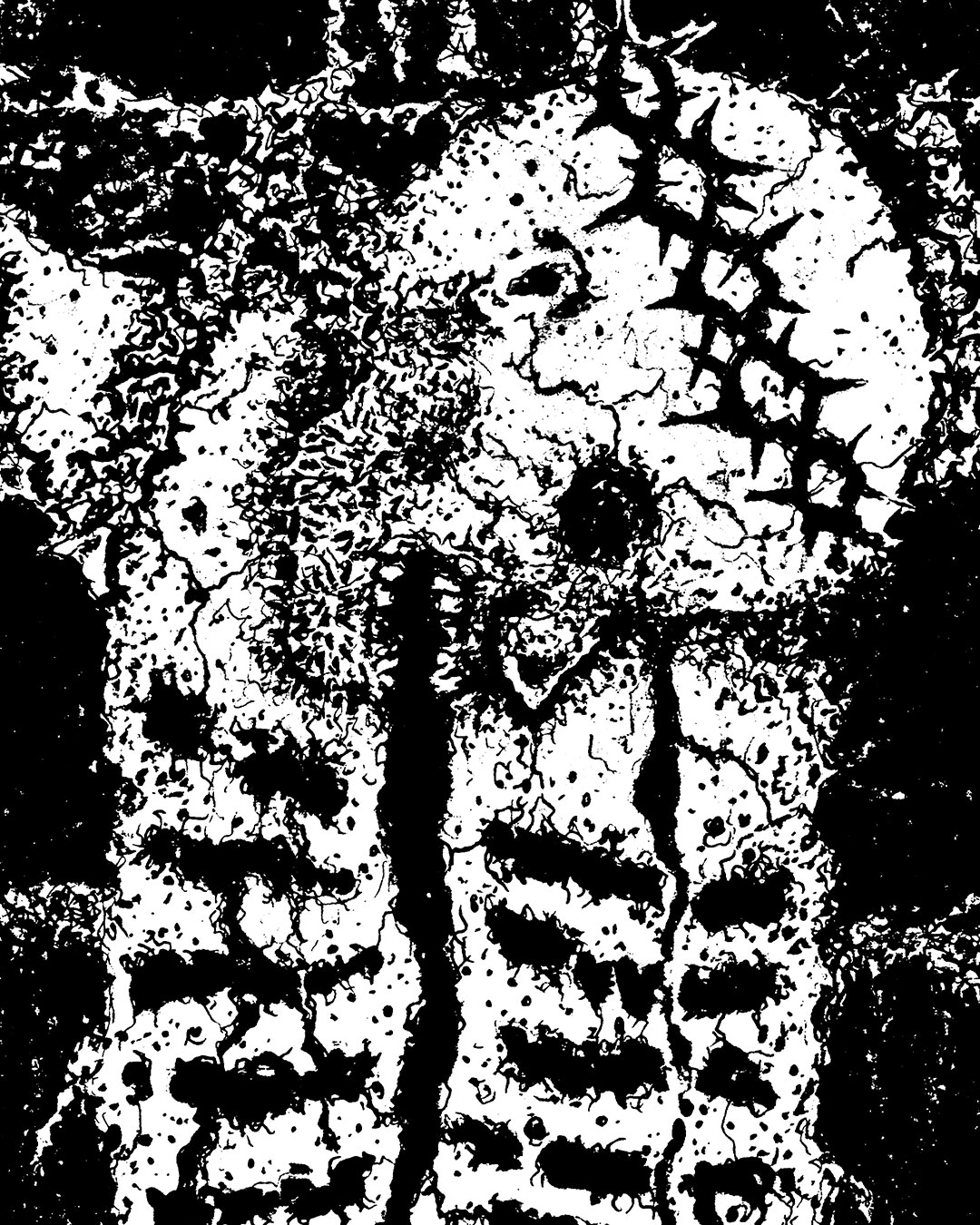 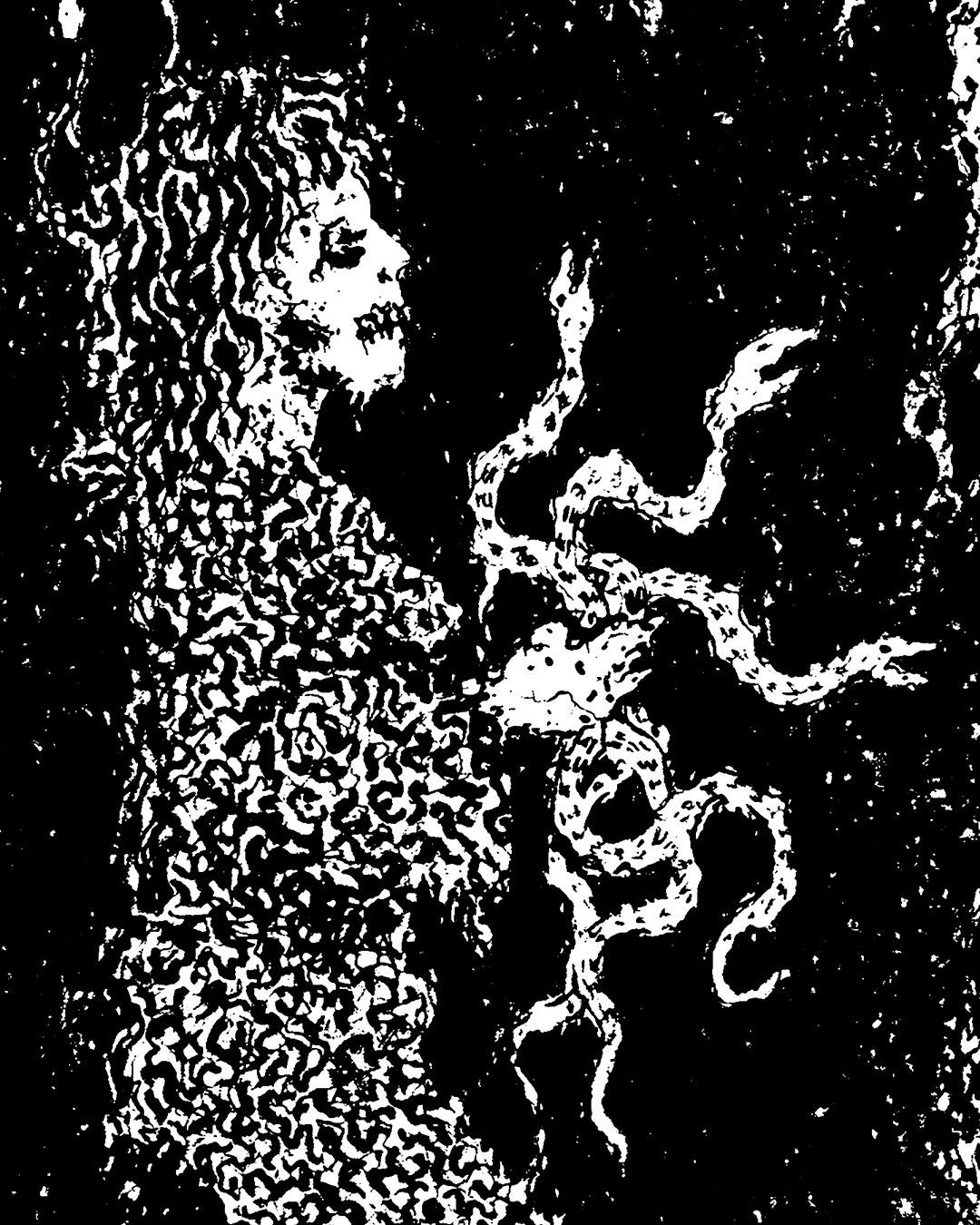 Killer hardcore band from Italy. I know that genre label can mean anything from NAILS to HERESY to EARTH CRISIS. But they shred and that is all you need to know. The goat artwork is pretty legendary at this point apparently, but that's due  to the band's music on the album, not my artwork! 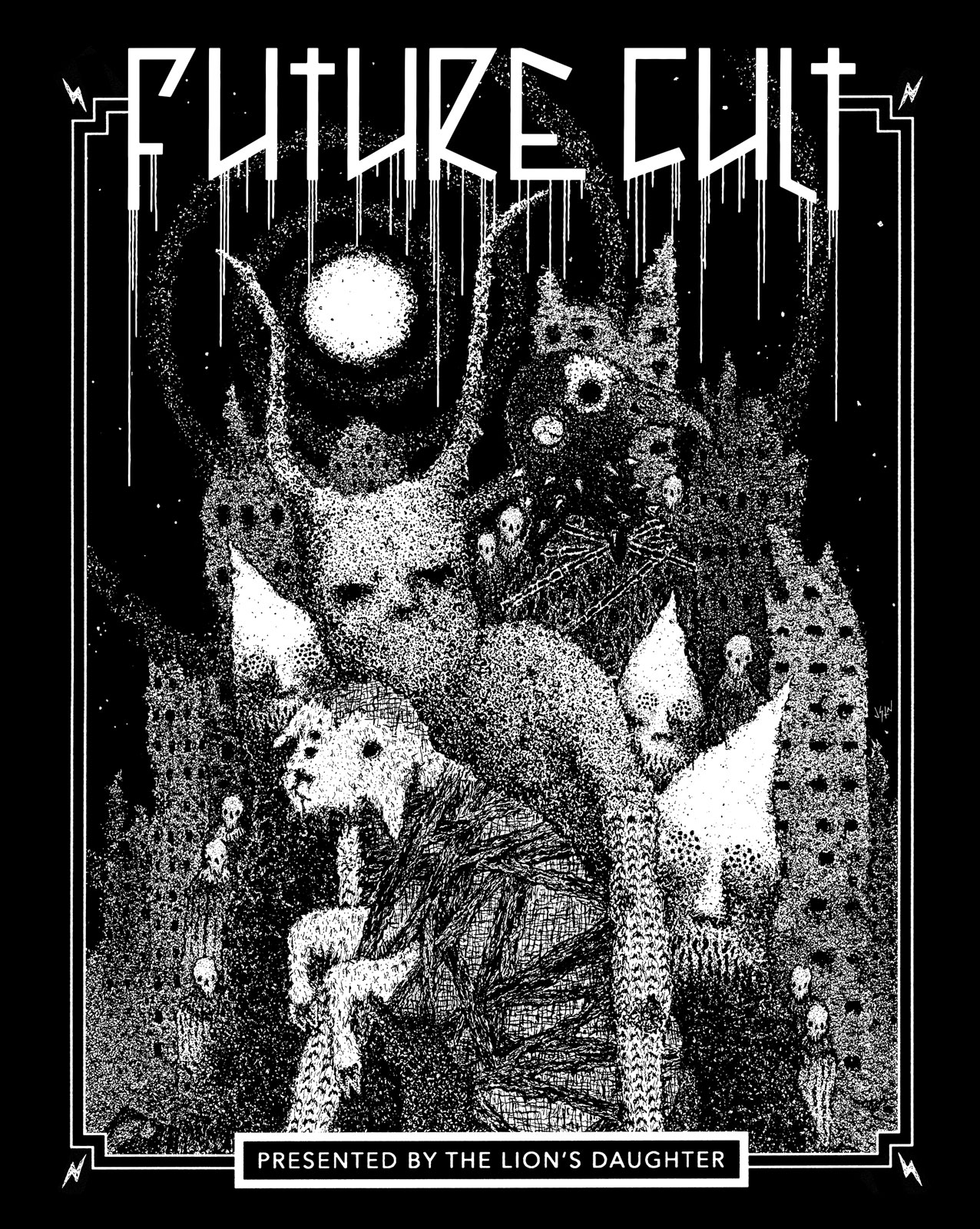 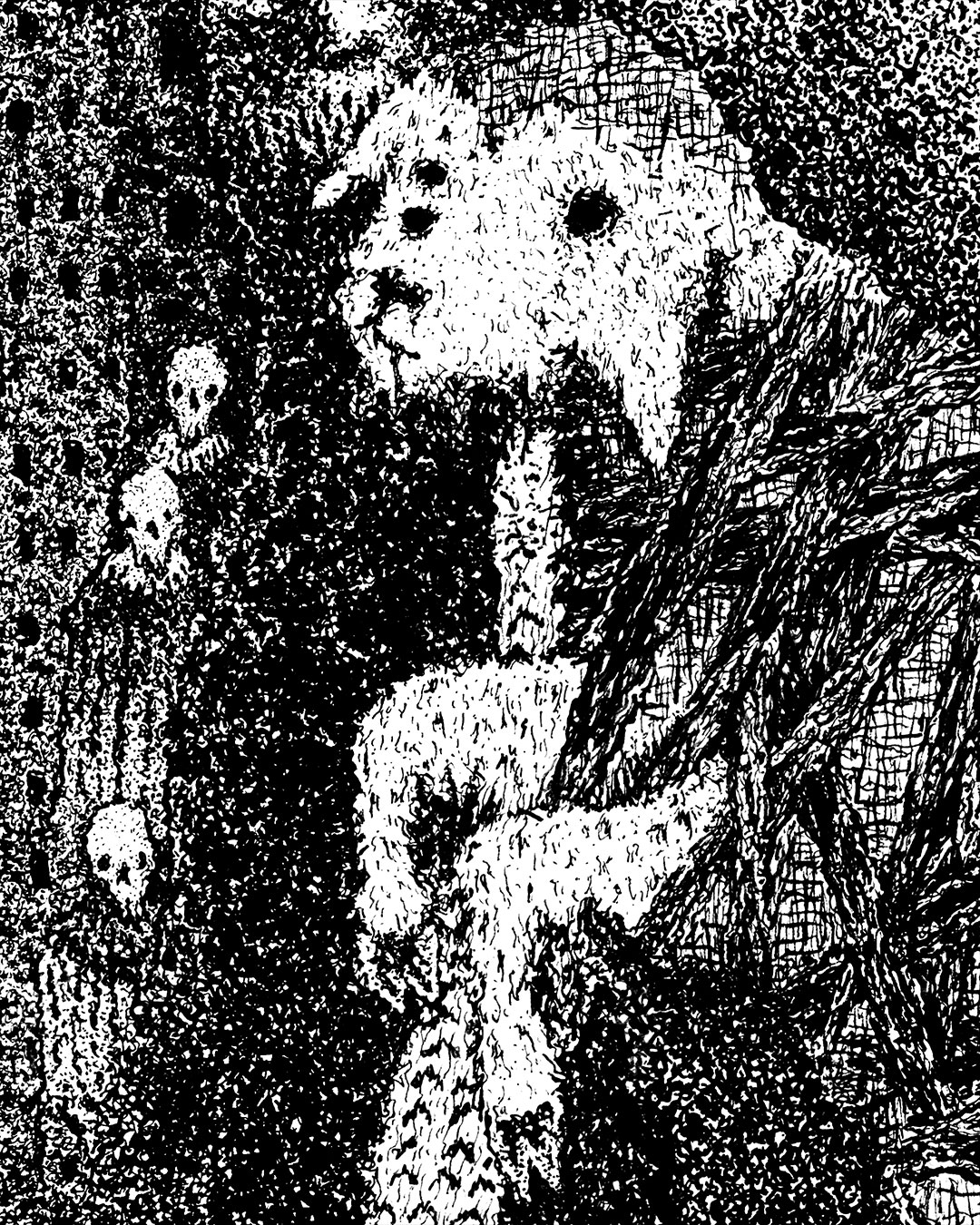 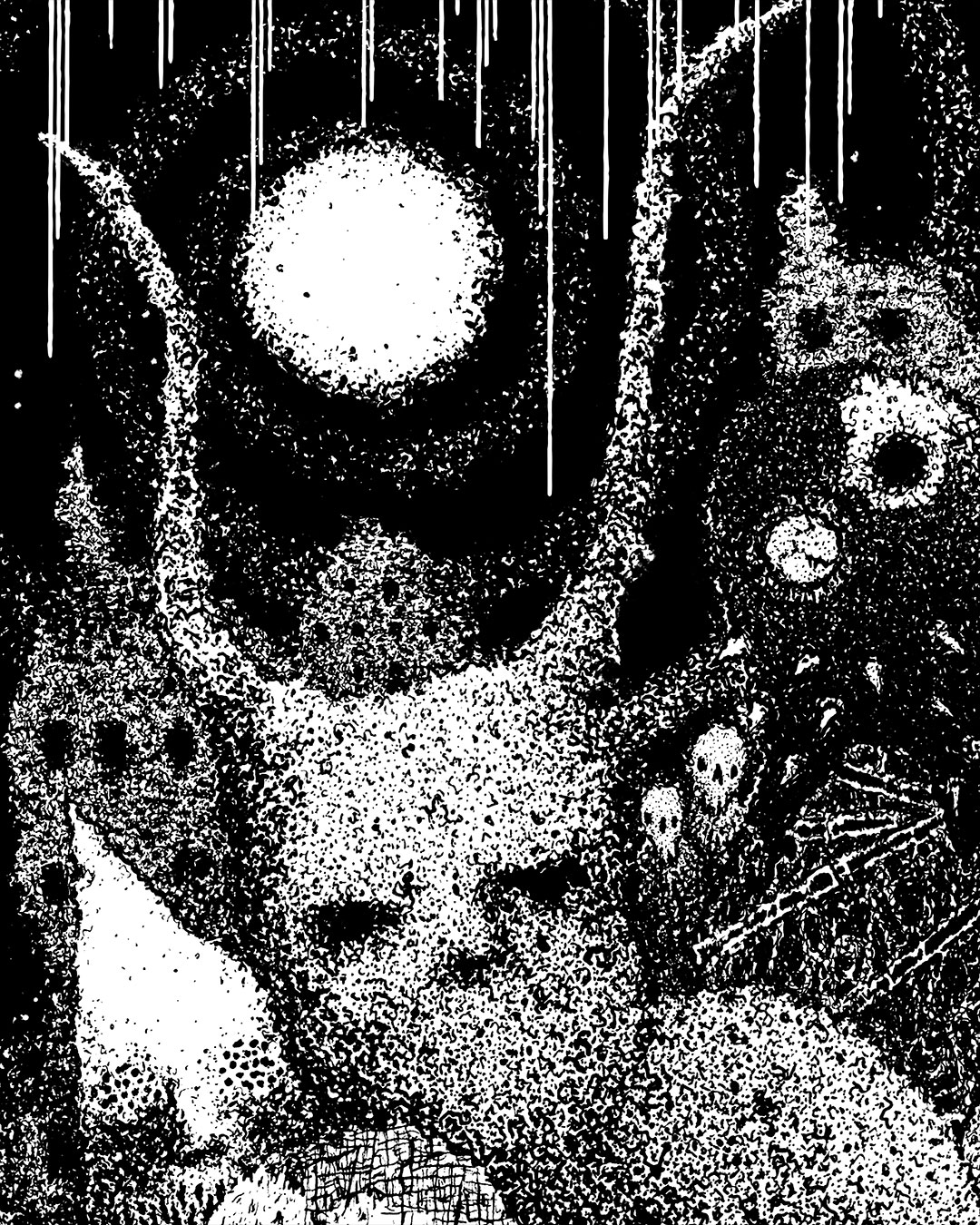 The antlered deity and others were based on the album photography from "Future Cult" by an artist known as Mothmeister. The Lion's Daughter had mentioned they liked the idea of a movie poster. With that concept in mind, I designed a logo and illustrated an imaginary film scene based on their imagery. 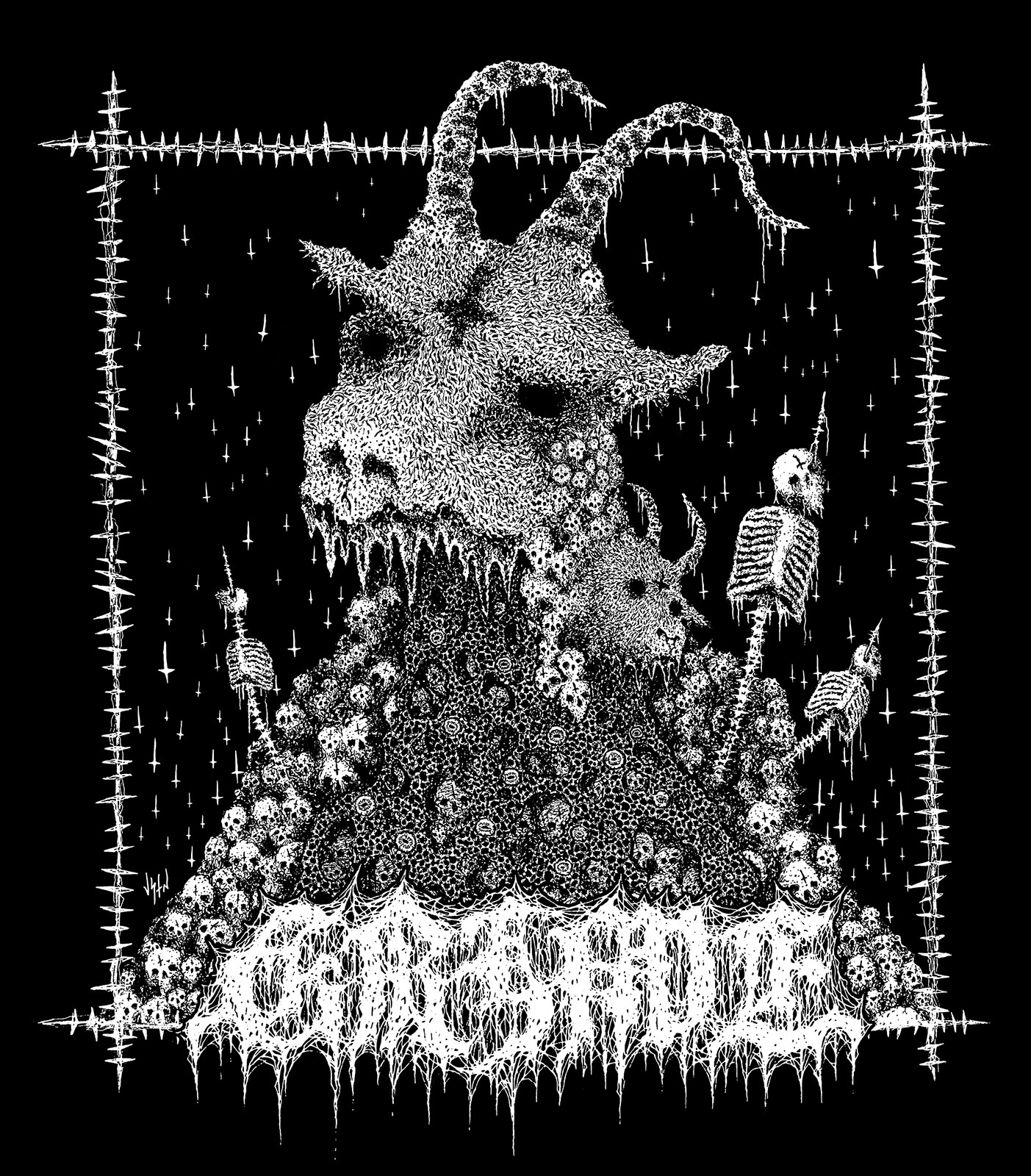 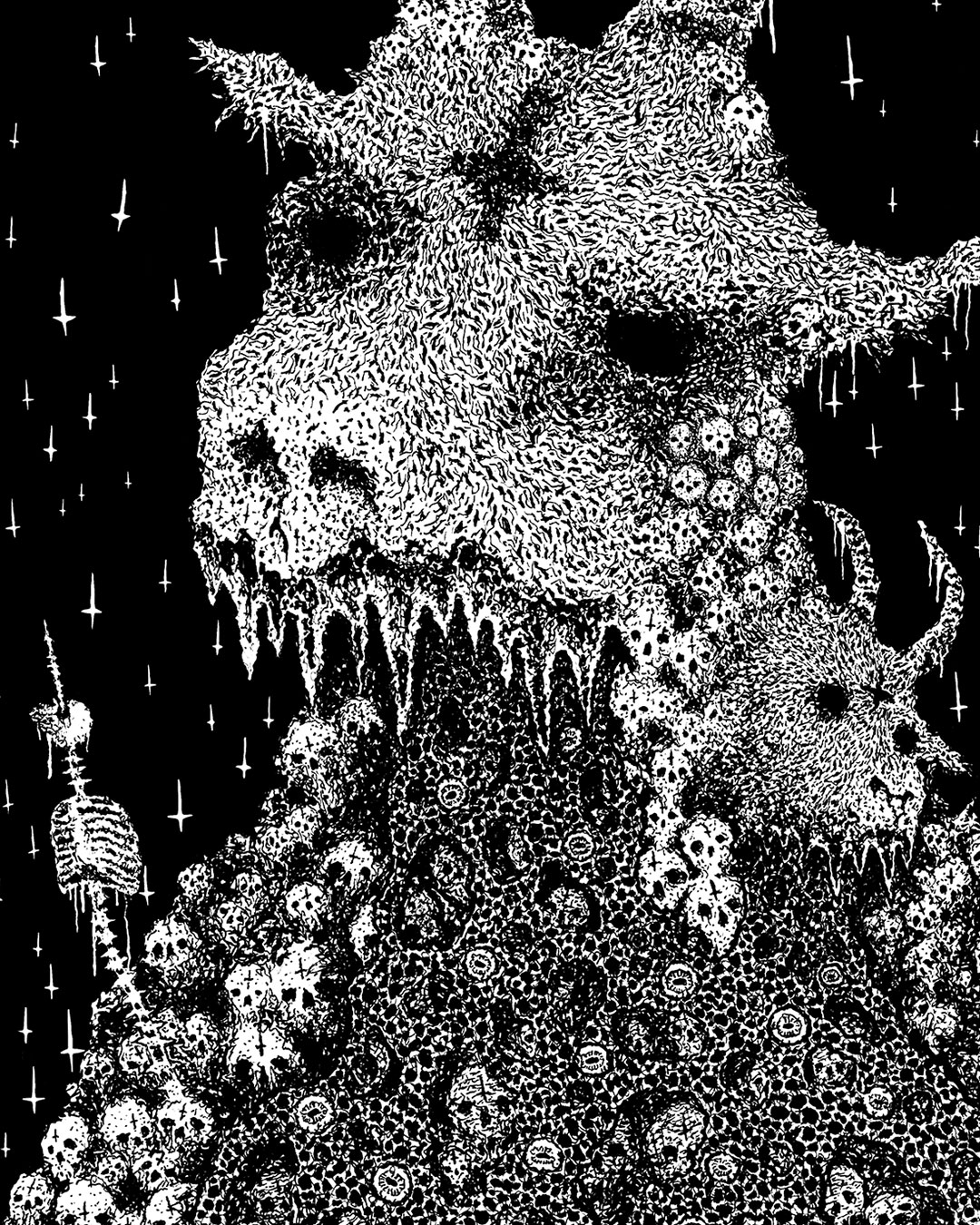 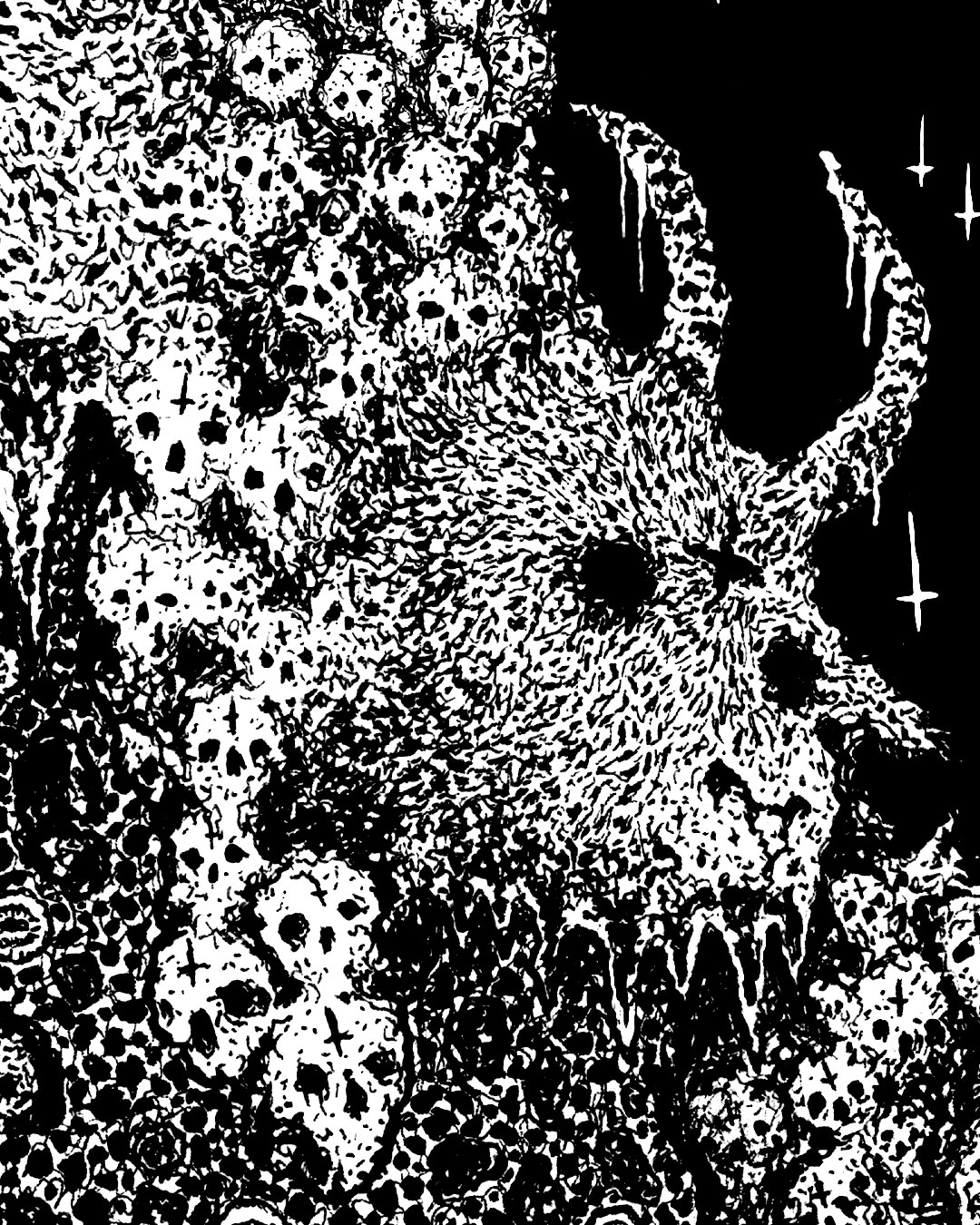 Italy's Grime were heading out on tour with -16- and NOOTHGRUSH and asked me to provide a tour shirt illustration.  Apparently because of the iconic goats I drew for THE SECRET, a lot of Italian bands know of my artwork and seem to really like it. I love Italian food, so it makes sense of course. 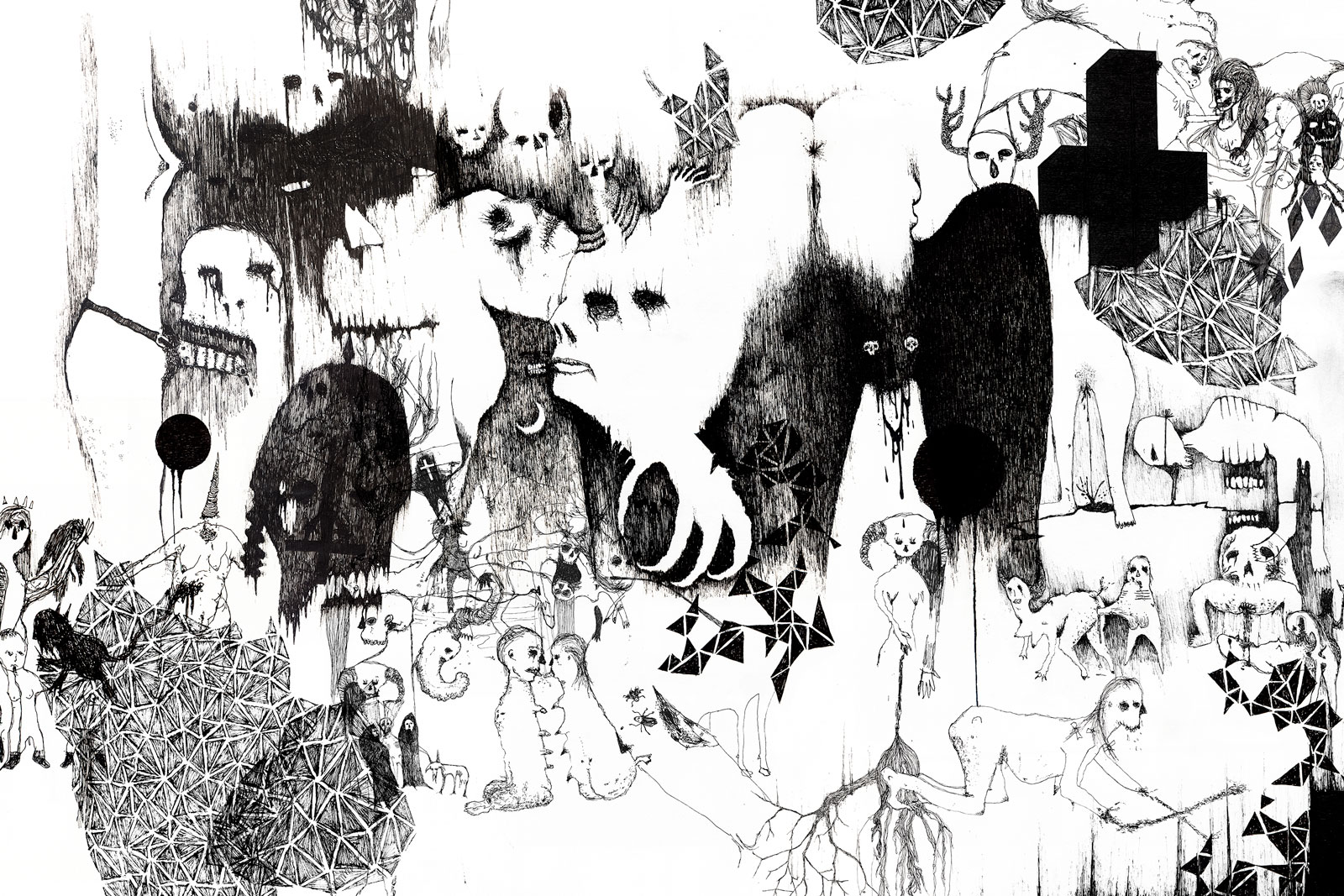 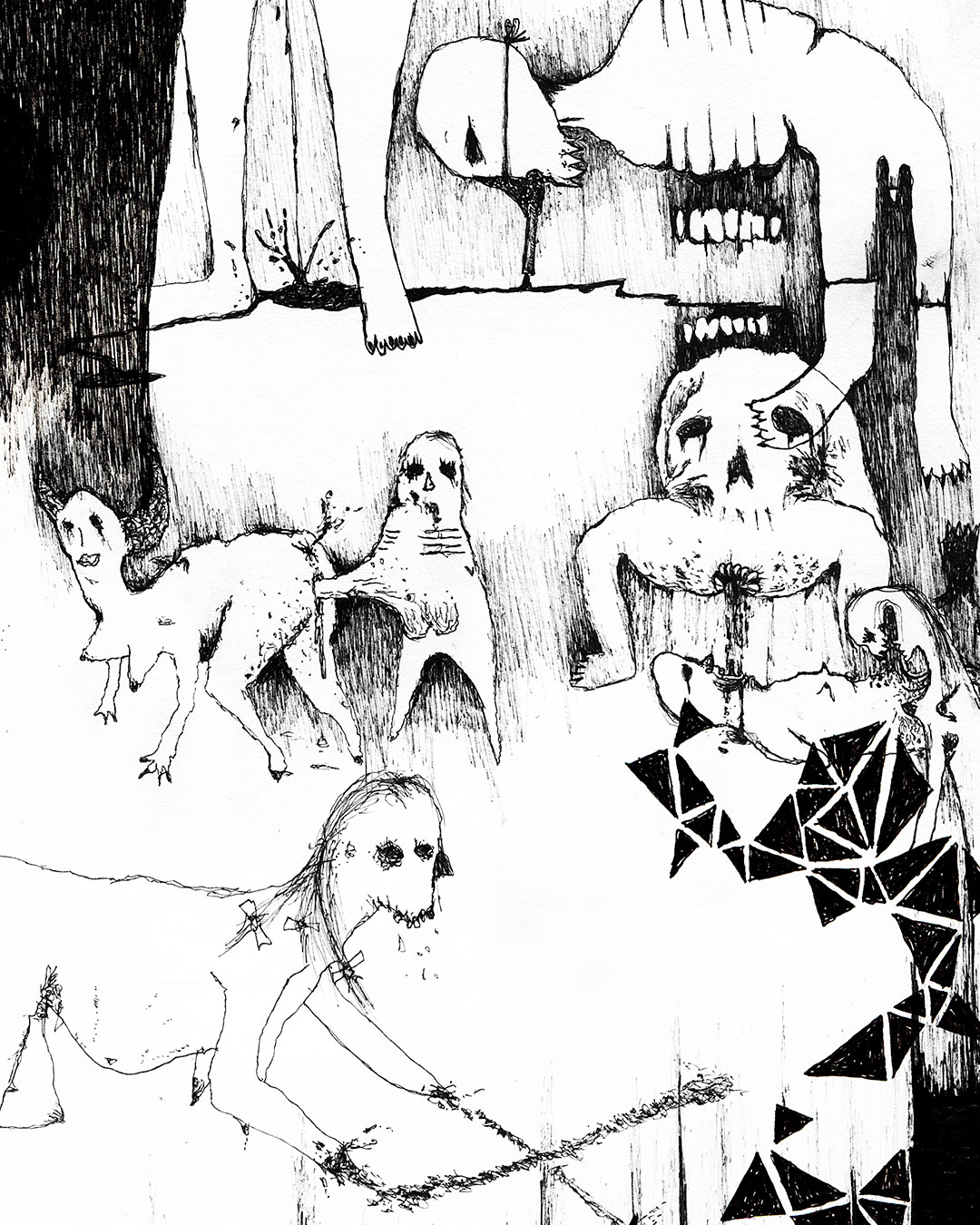 One of my favorite pieces! A huge pen and ink illustration that depicts crypto-zoological monstrosities engaged in torture-porn. Just a normal day in the depressive doom underworld that MOSS created on their "Cthonic Rites" album. This is a 24 by 36 inch illustration that was used as the gatefold LP's artwork. 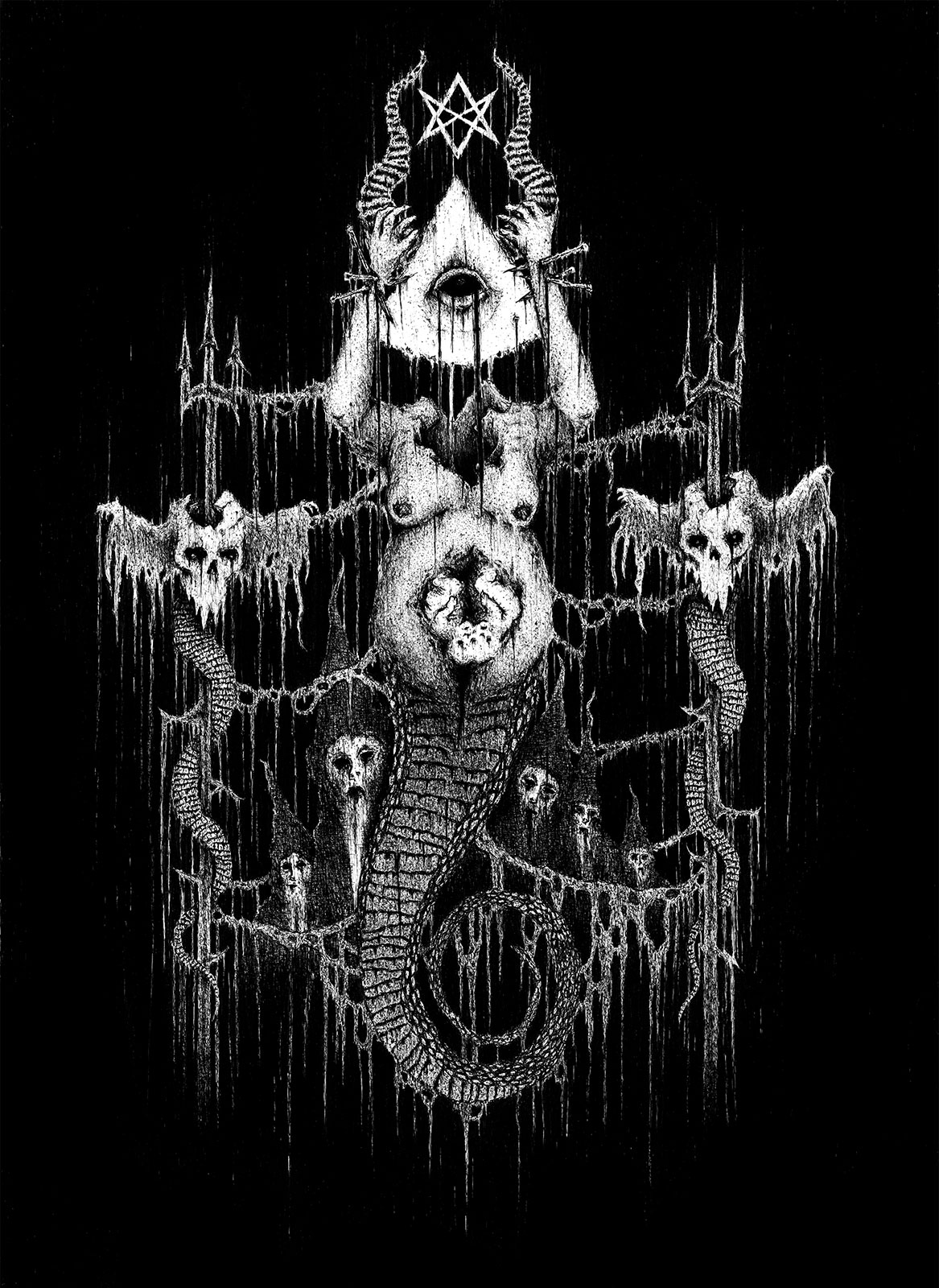 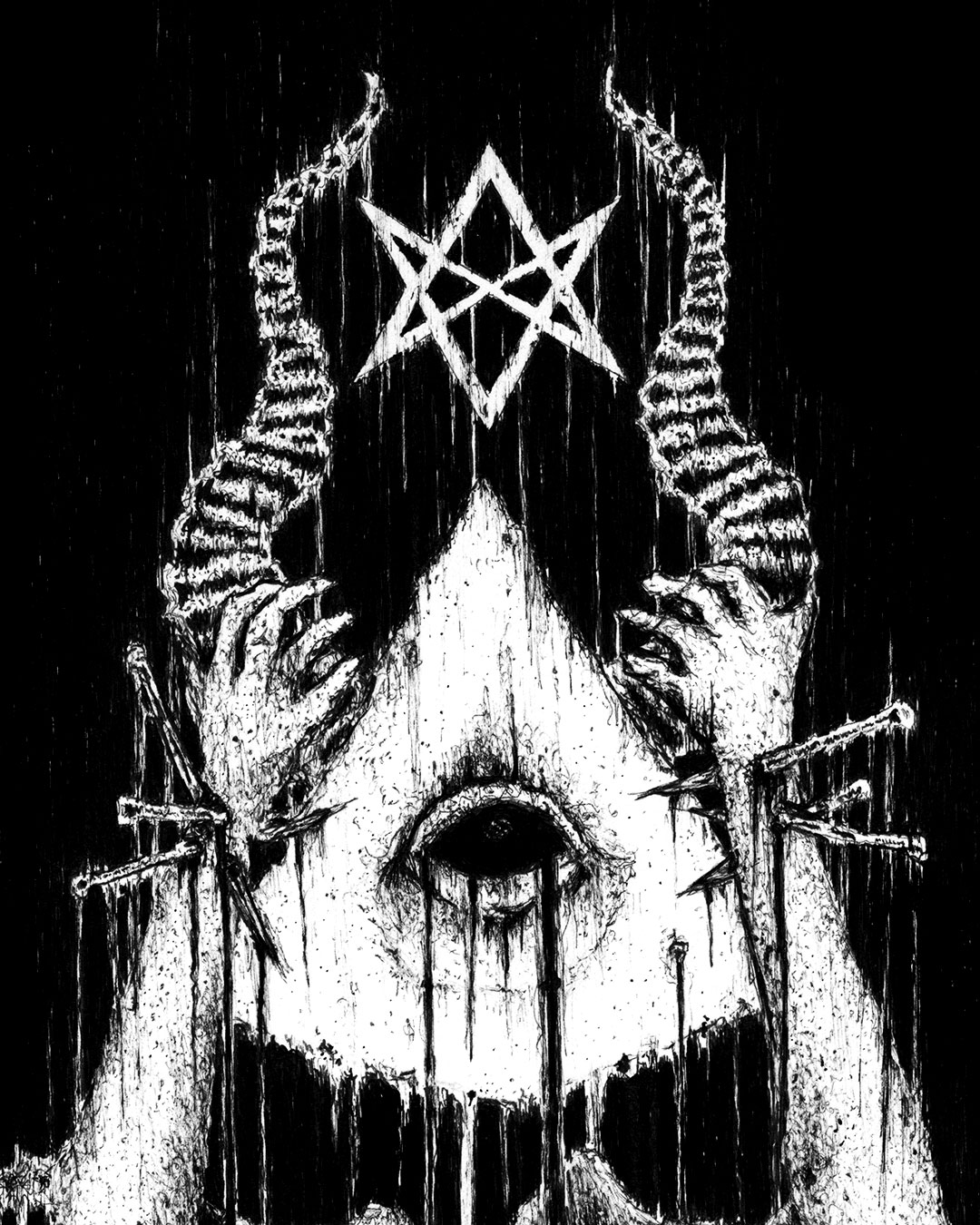 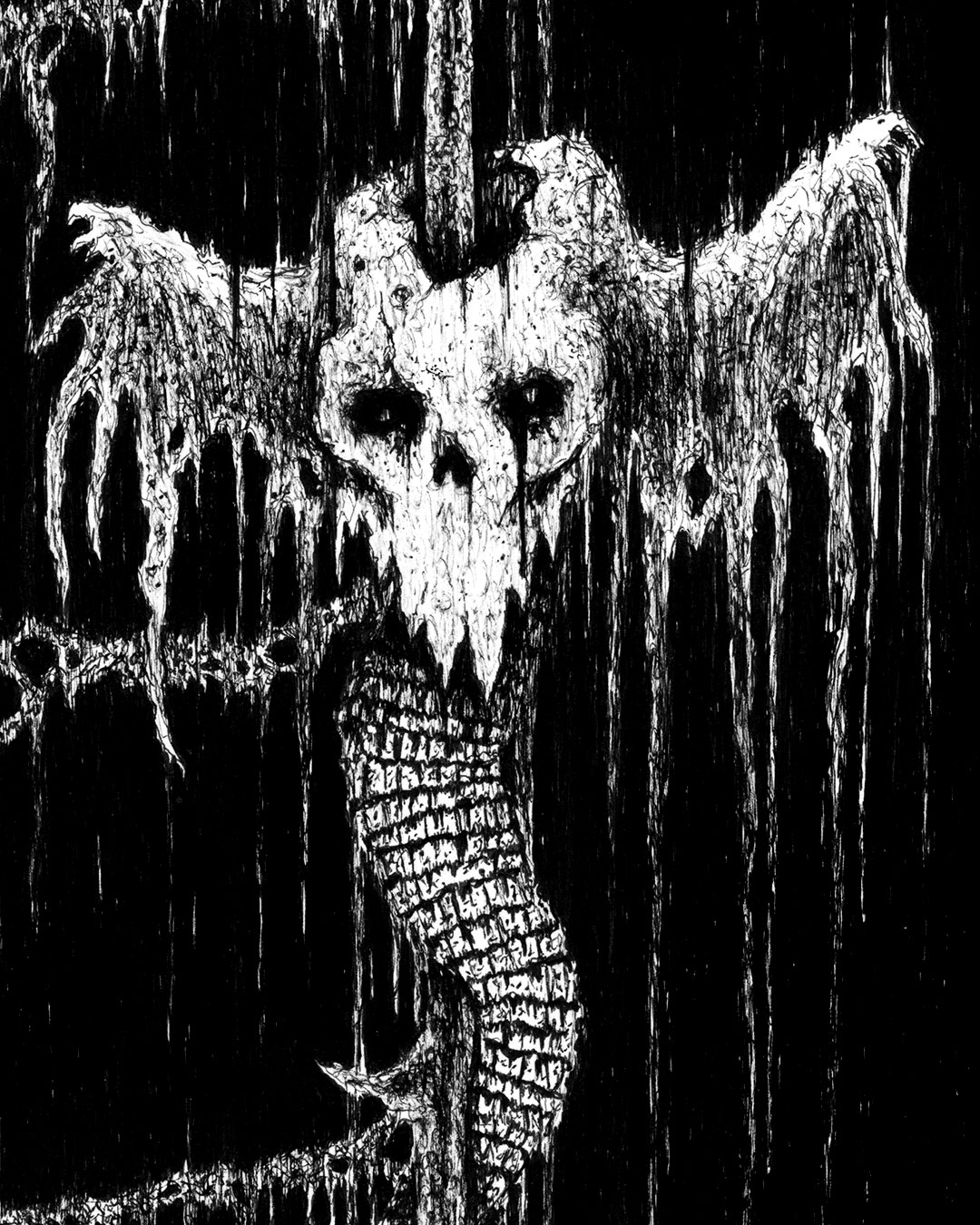 Does anyone remember the humanoid flying characters from "Beastmaster"? The  creatures with wings that  can be used for pulverizing their enemies into a glowing green slime. I've drawn dripping wings many times. Dripping slime and metal seem to go together.  Originally for a Relapse Records skateboard. 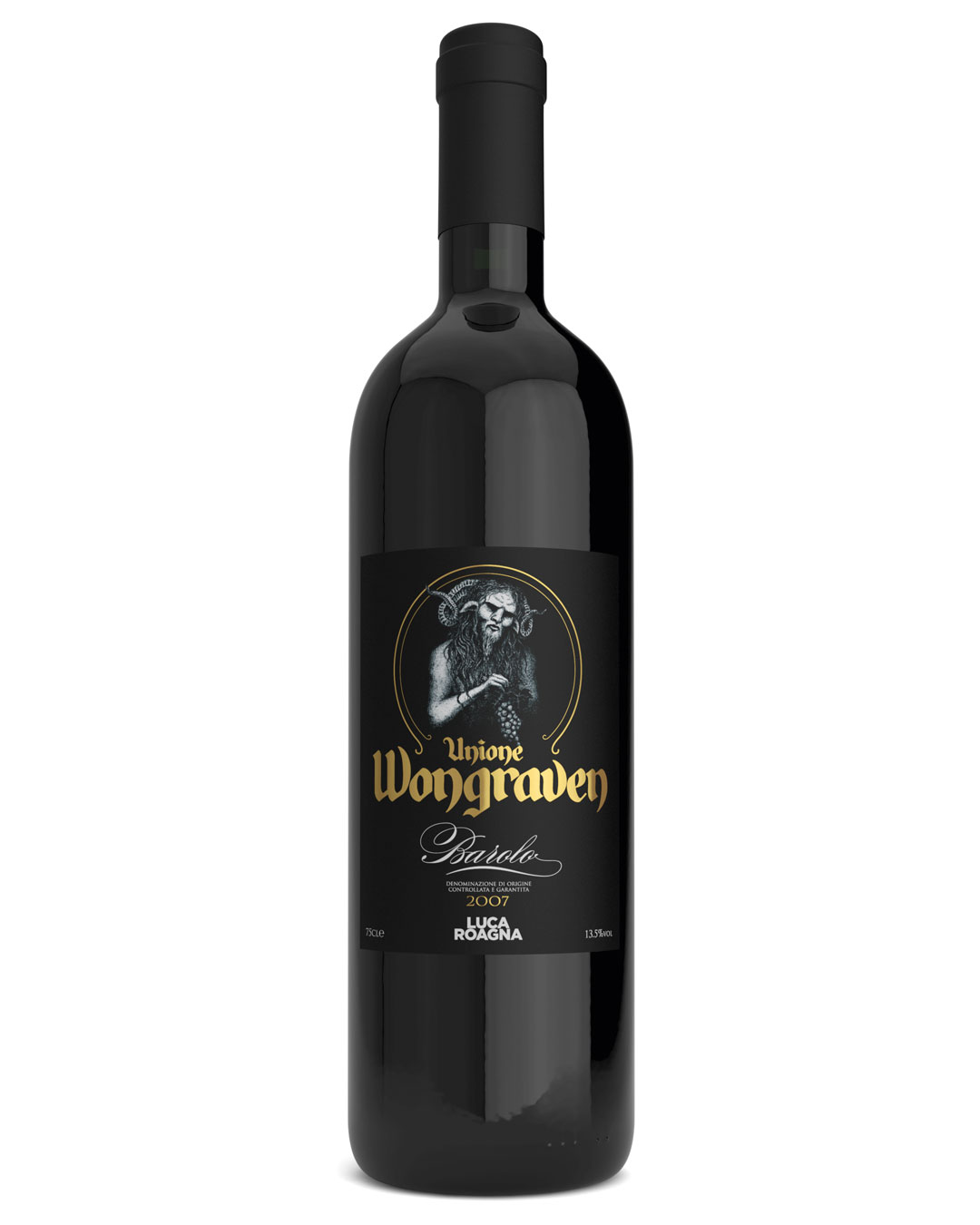 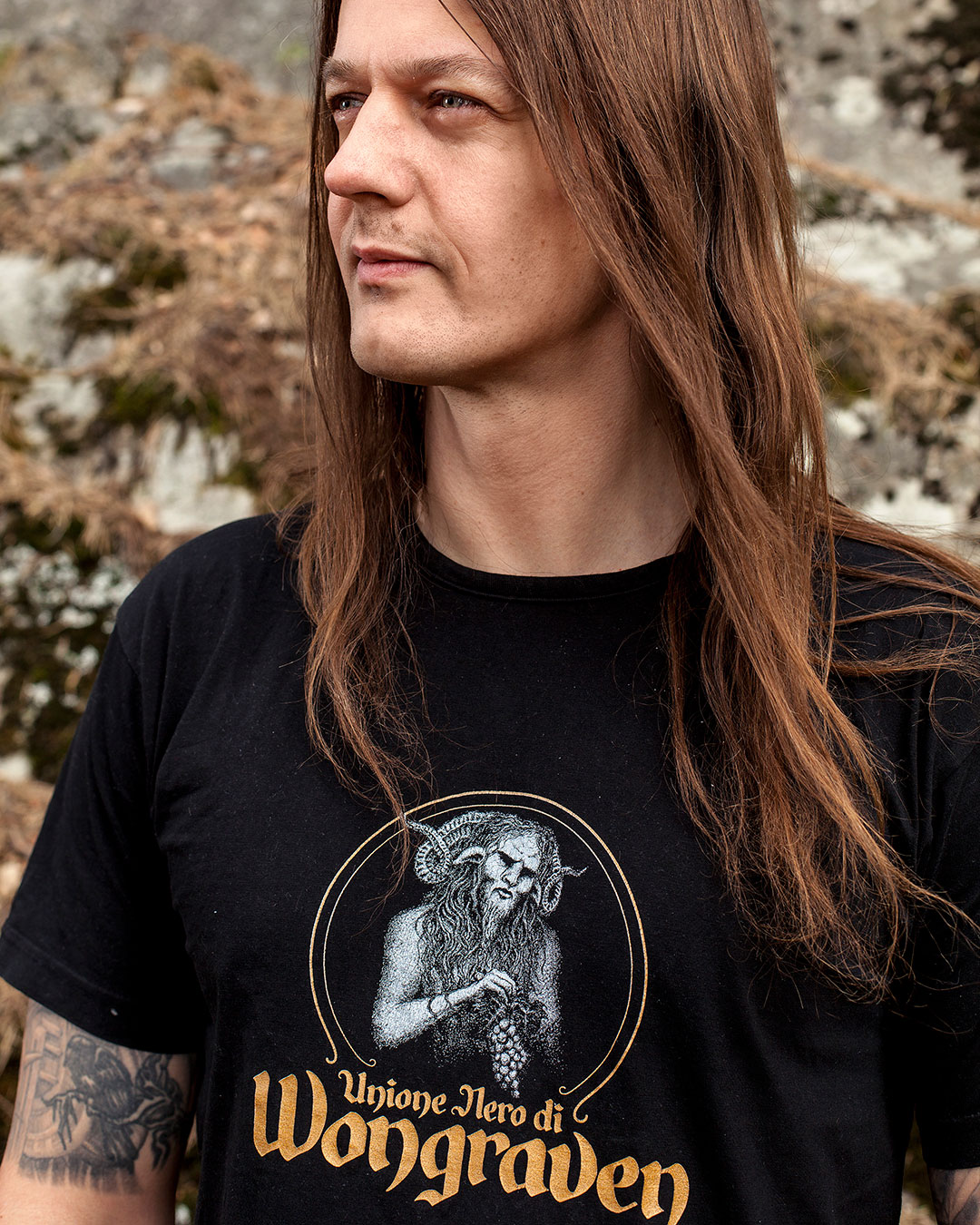 The wine brand of Sigurd Wongraven from Norway's Satyricon. Considering Sigurd's stage name Satyr, the reasoning behind the artwork shouldn't be too hard to figure out. As requested, I drew upon Guillermo del Toro's "Pan's Labyrinth" as a reference. Label design by Martin Kvamme. 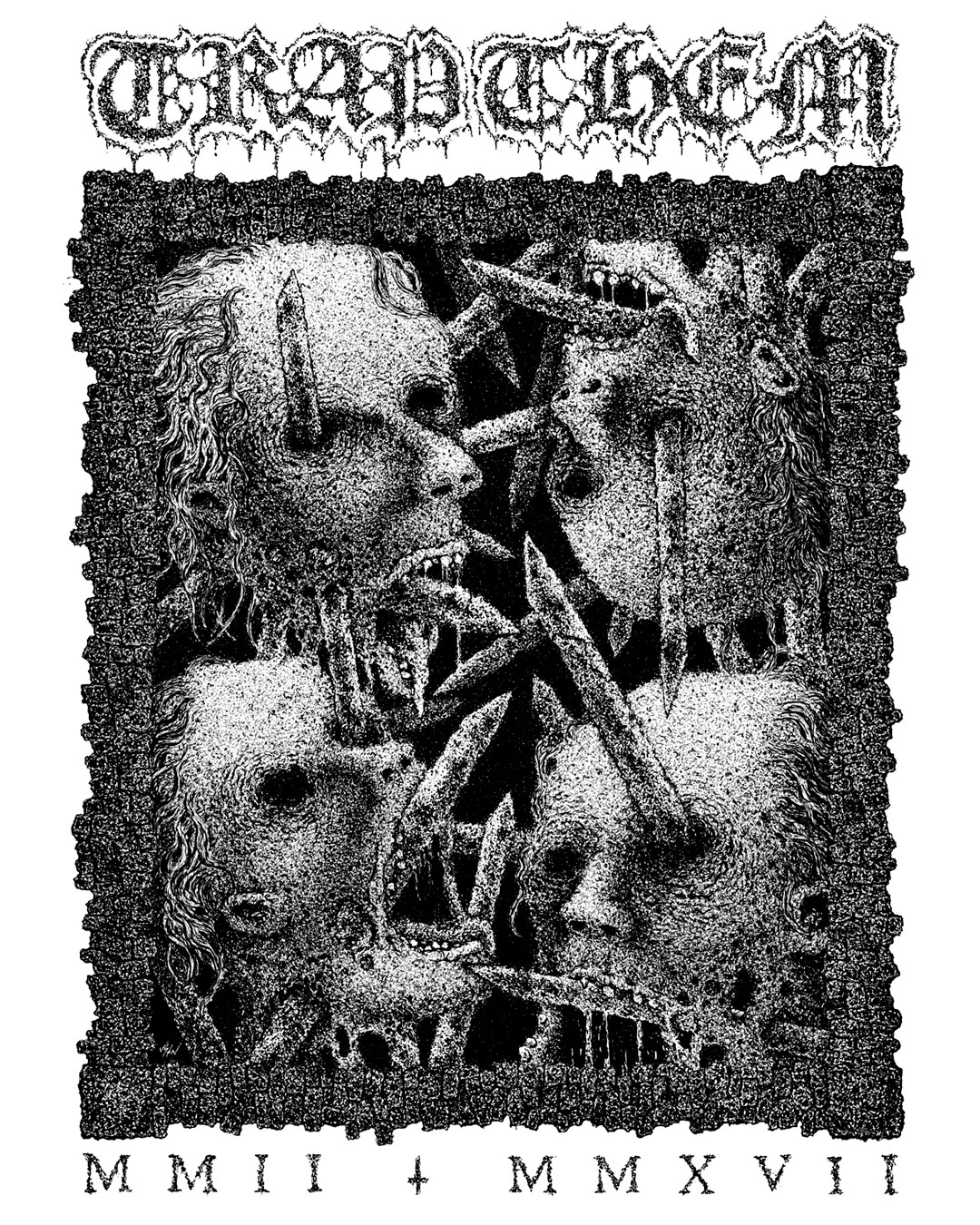 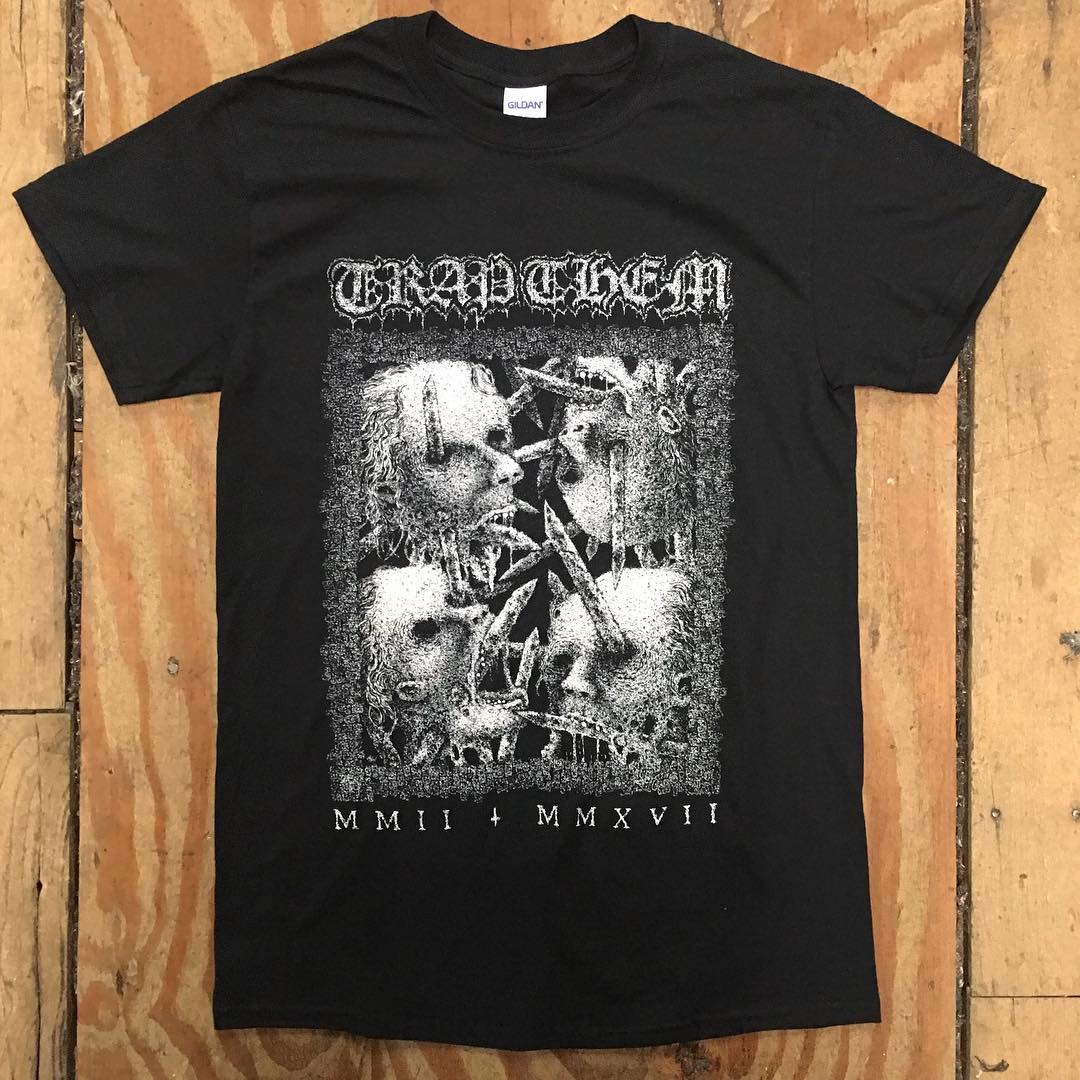 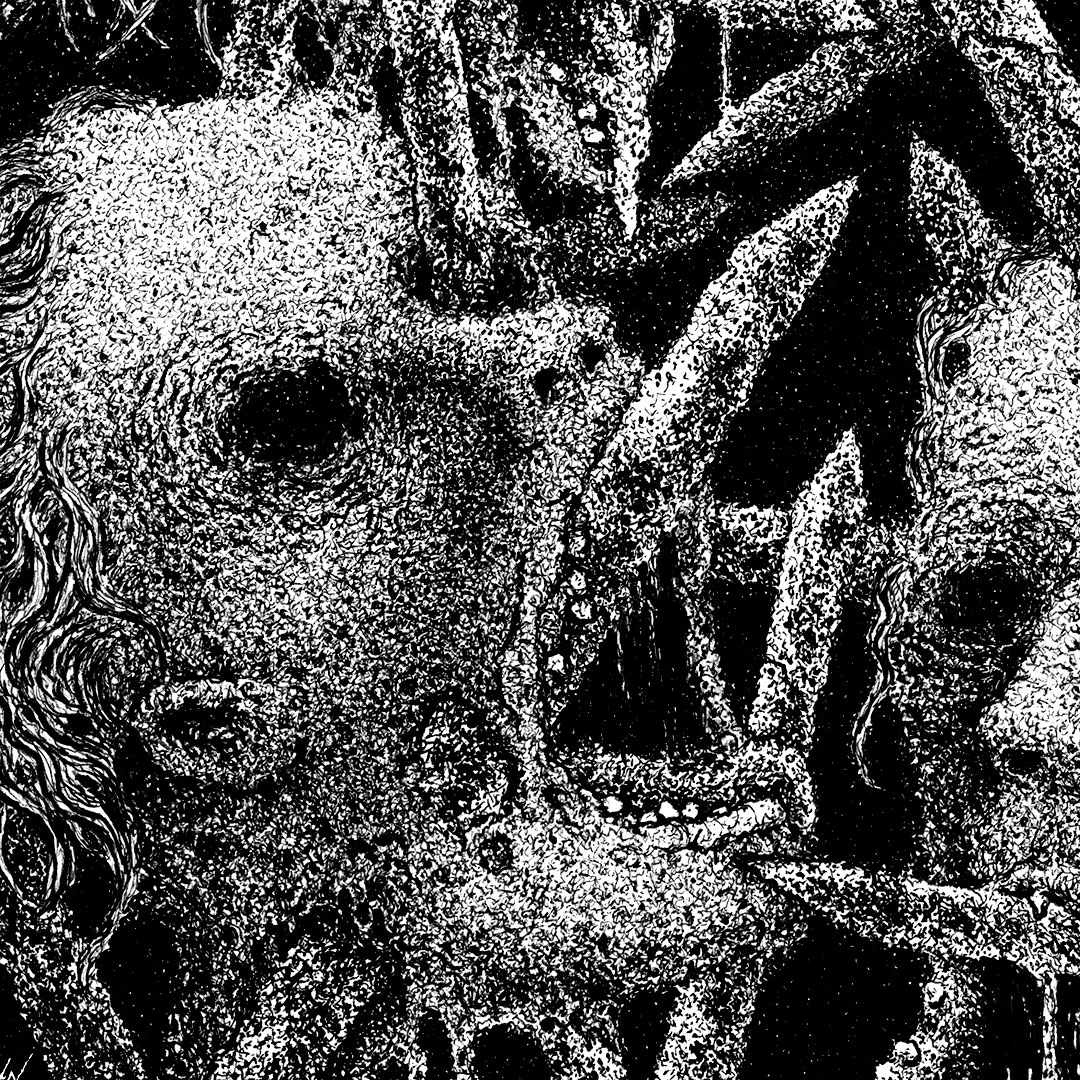 Since the band was named after a film called "Trap Them and Kill Them", the disembodied heads are meant to evoke a sense of despair from being trapped and ensuing misery. I always thought of the name referring to the traps or miserable situations that societal masters have created for us in a larger sense though, and not simply just black and white gore. 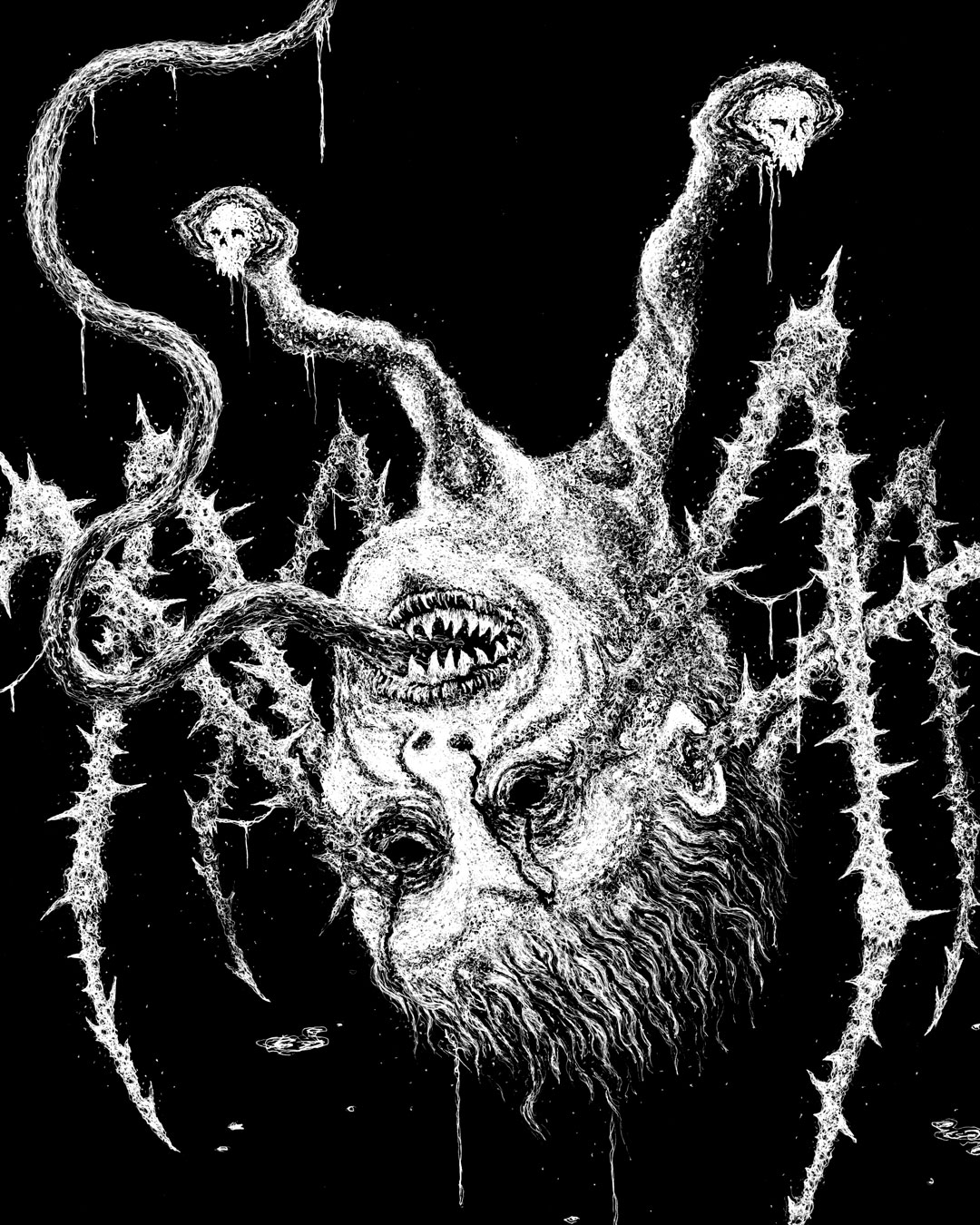 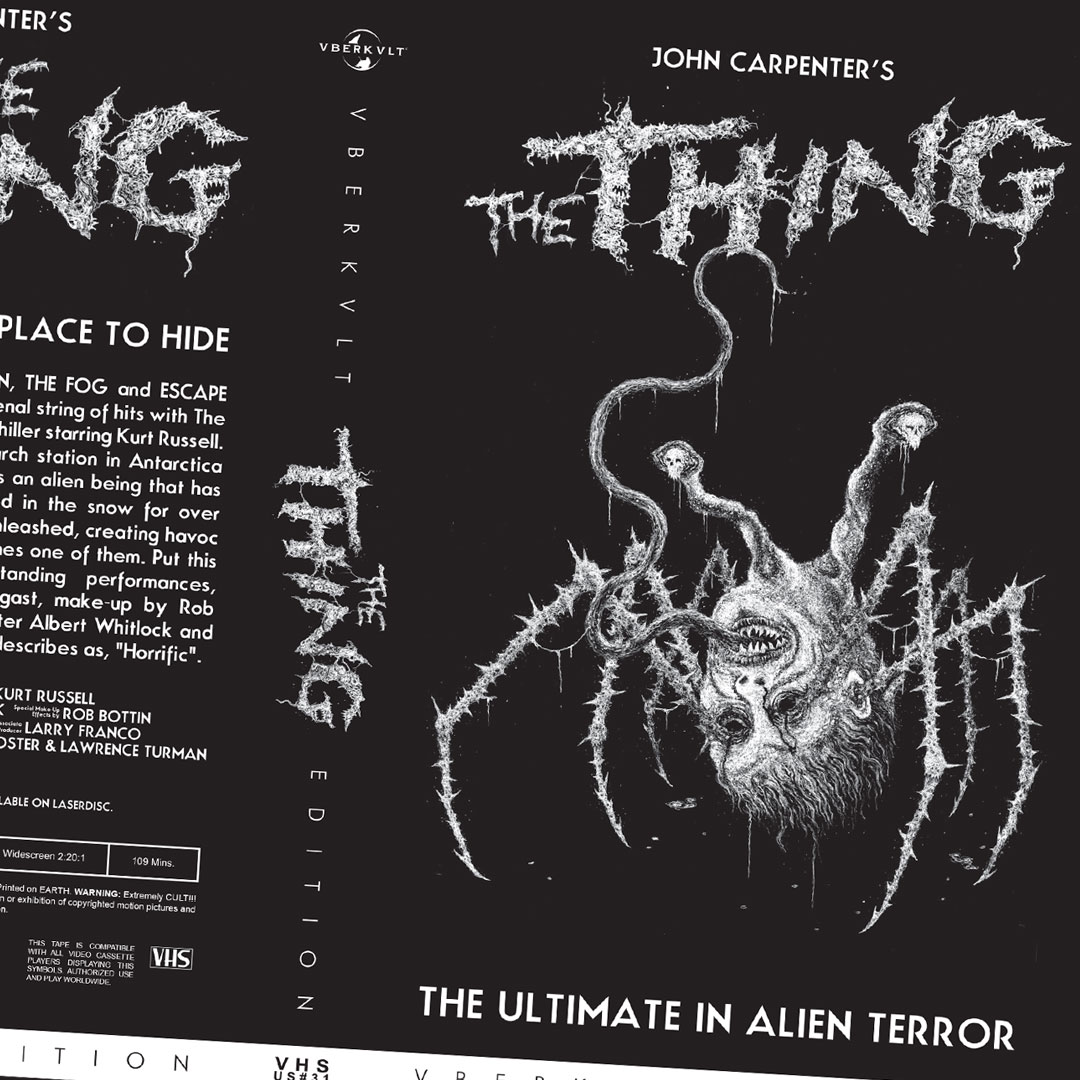 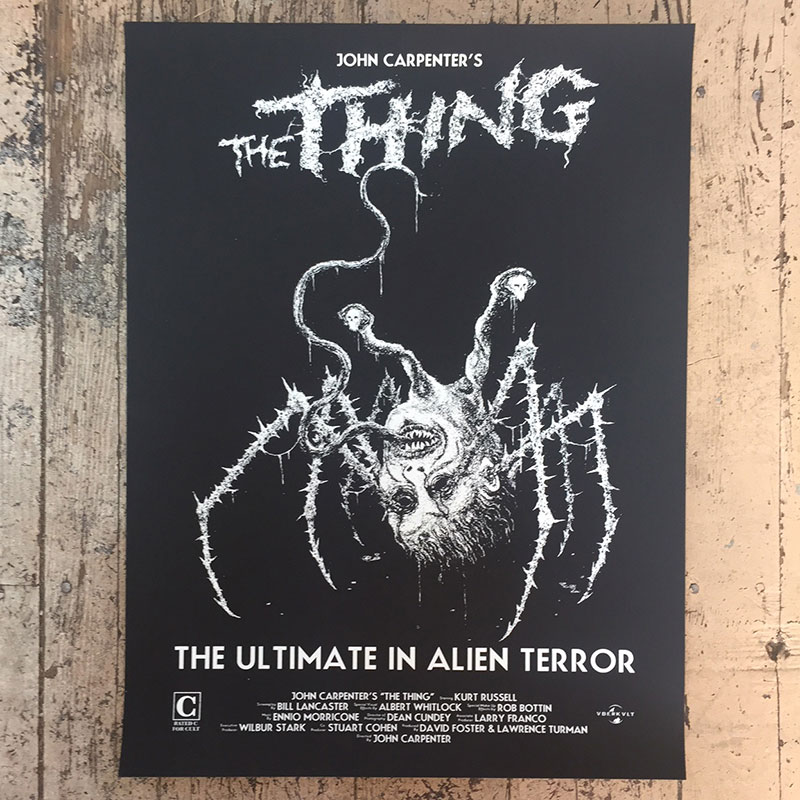 No explanation needed. A tribute to the master John Carpenter and his incredible achievement in horror history. Originally this was for a VHS themed art show, but poster versions were sold during a film festival's fundraiser to help abused animals. Chosen and approved by Carpenter too! 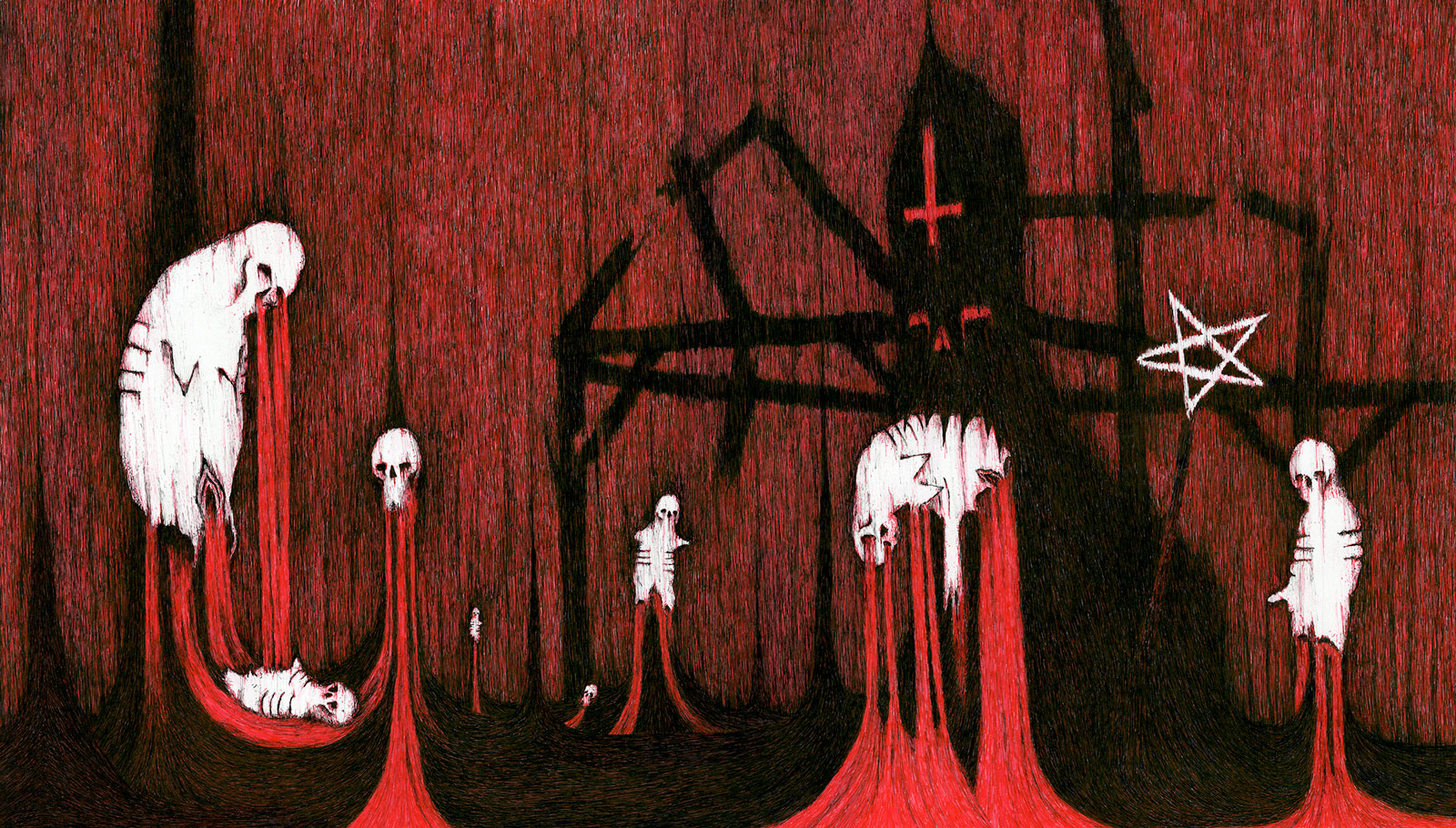 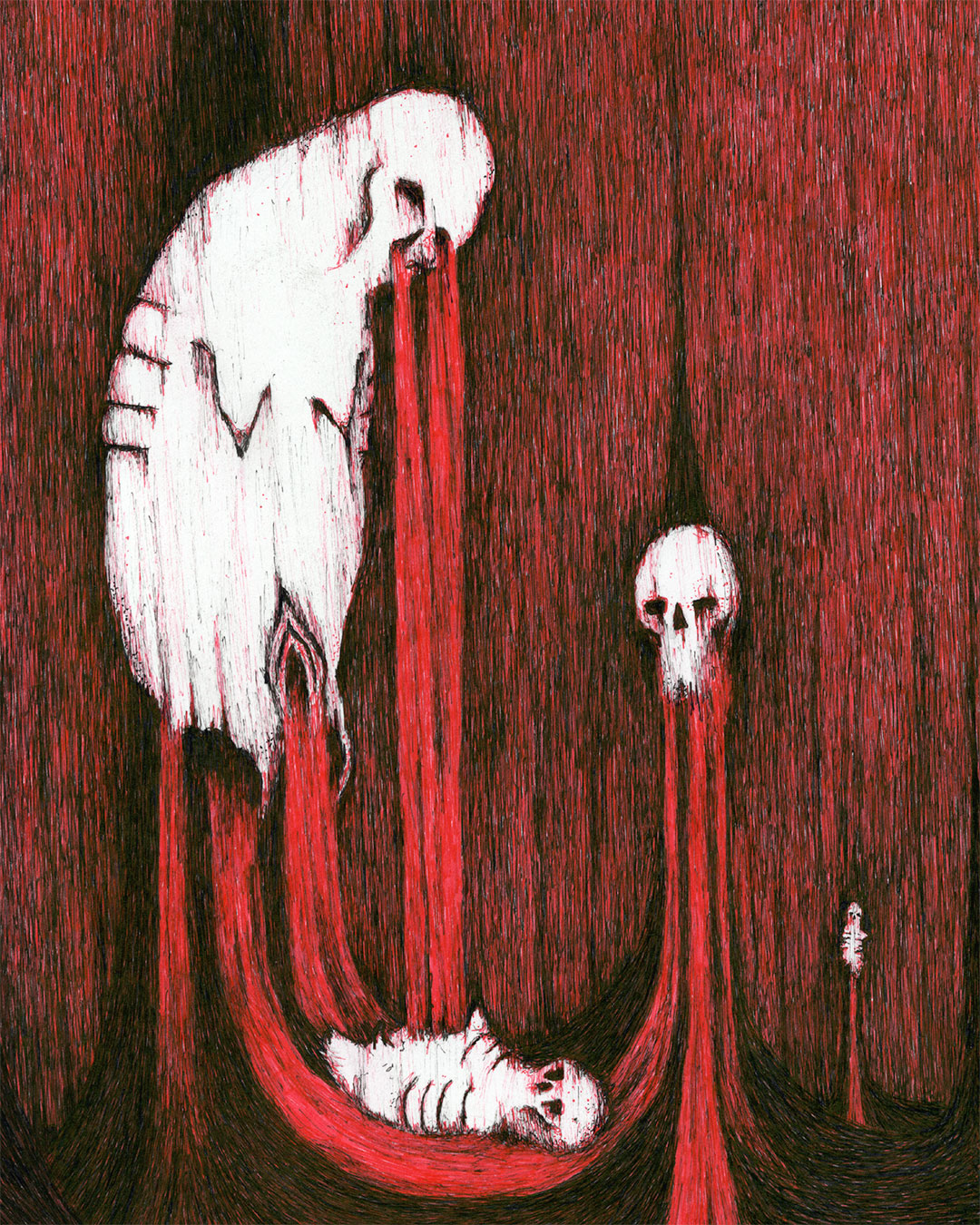 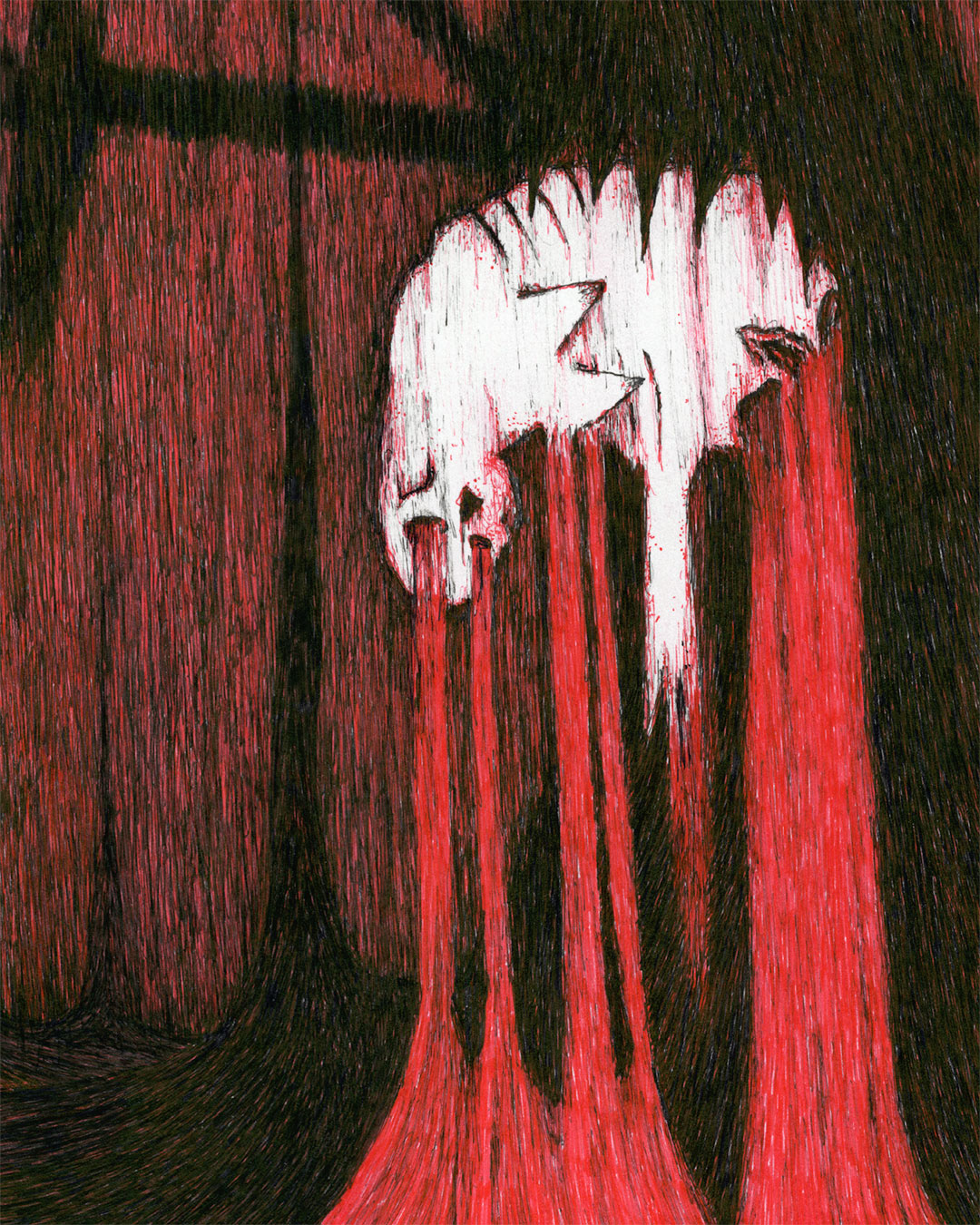 The idea behind the Detritivore piece was the album's title, "Pakt". The cover shows a pact between Satan and the papacy. The image you see with the church remains and pope-like beast is the inside illustration depicting the post-agreement fallout. Inspired by SADISTIK EXEKUTION!