Trap Them "Filth Rations", the title was a straightforward jumping off point for what became the album cover. 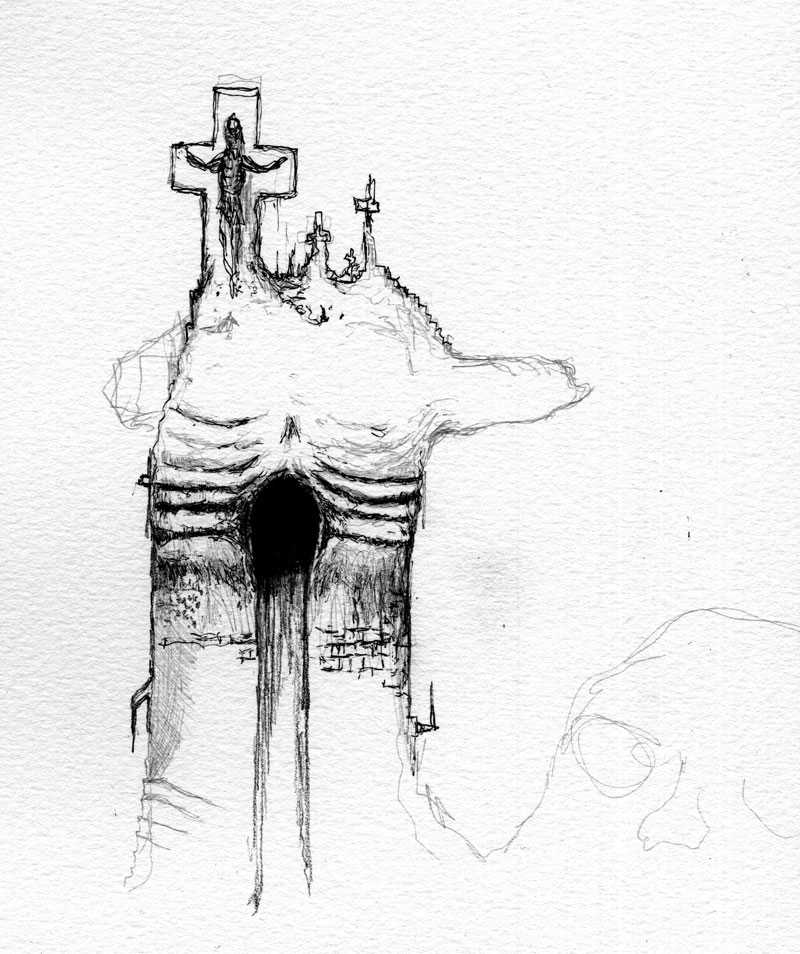 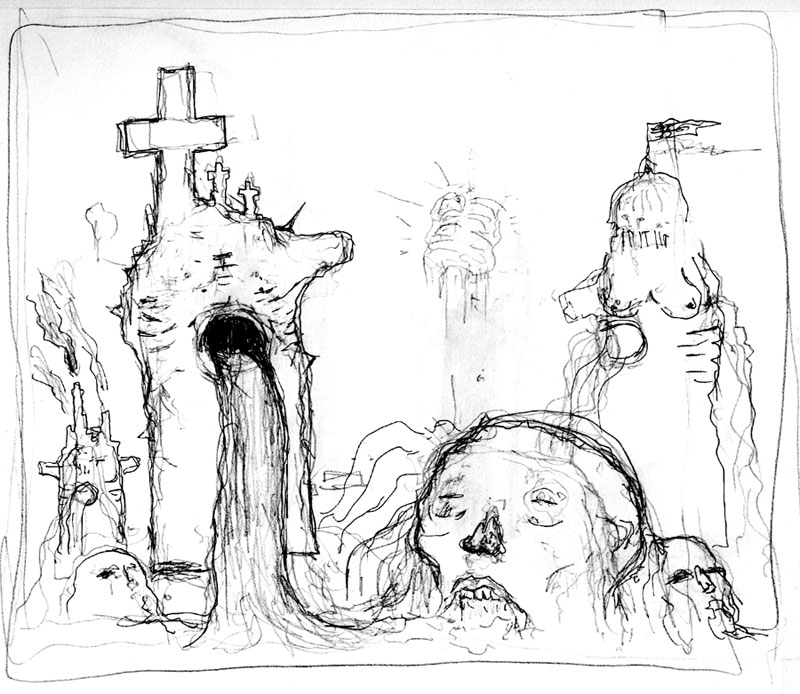 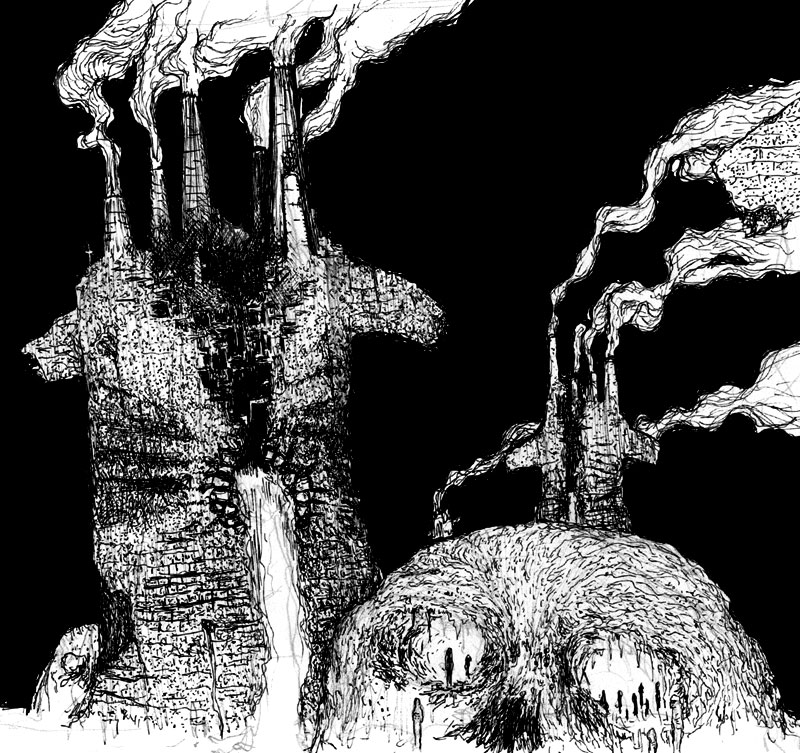 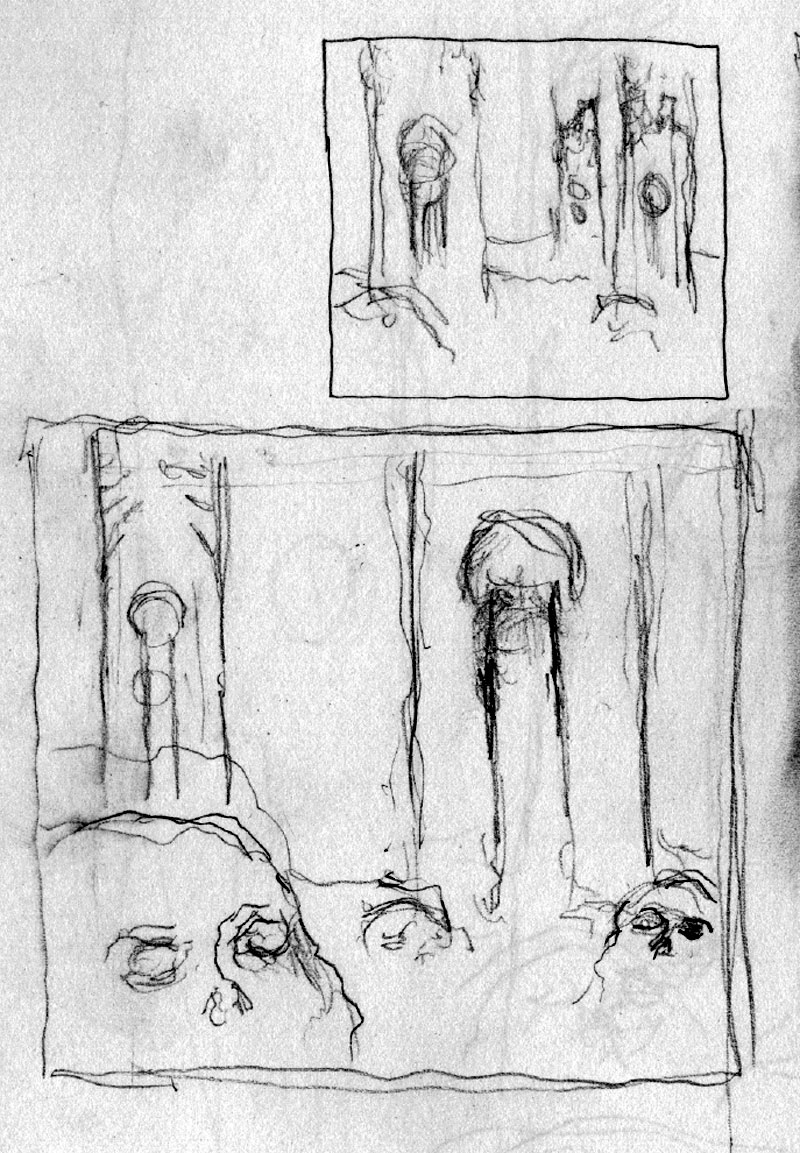 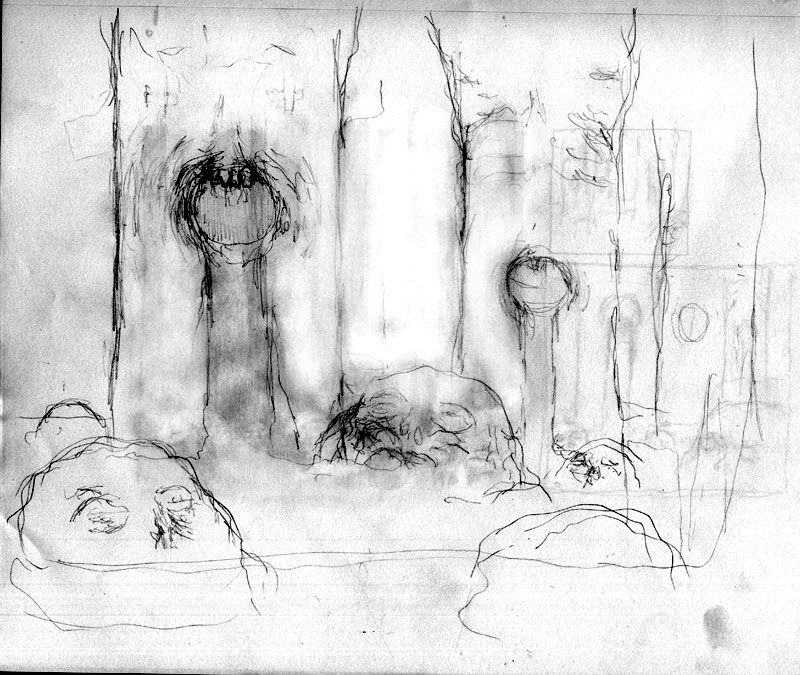 From the pictures above, you can see that I started sketching out my original idea of a filthy overpopulated and Hellish cityscape. But a little further into exploratory phase, I wanted to focus and simplify the idea. 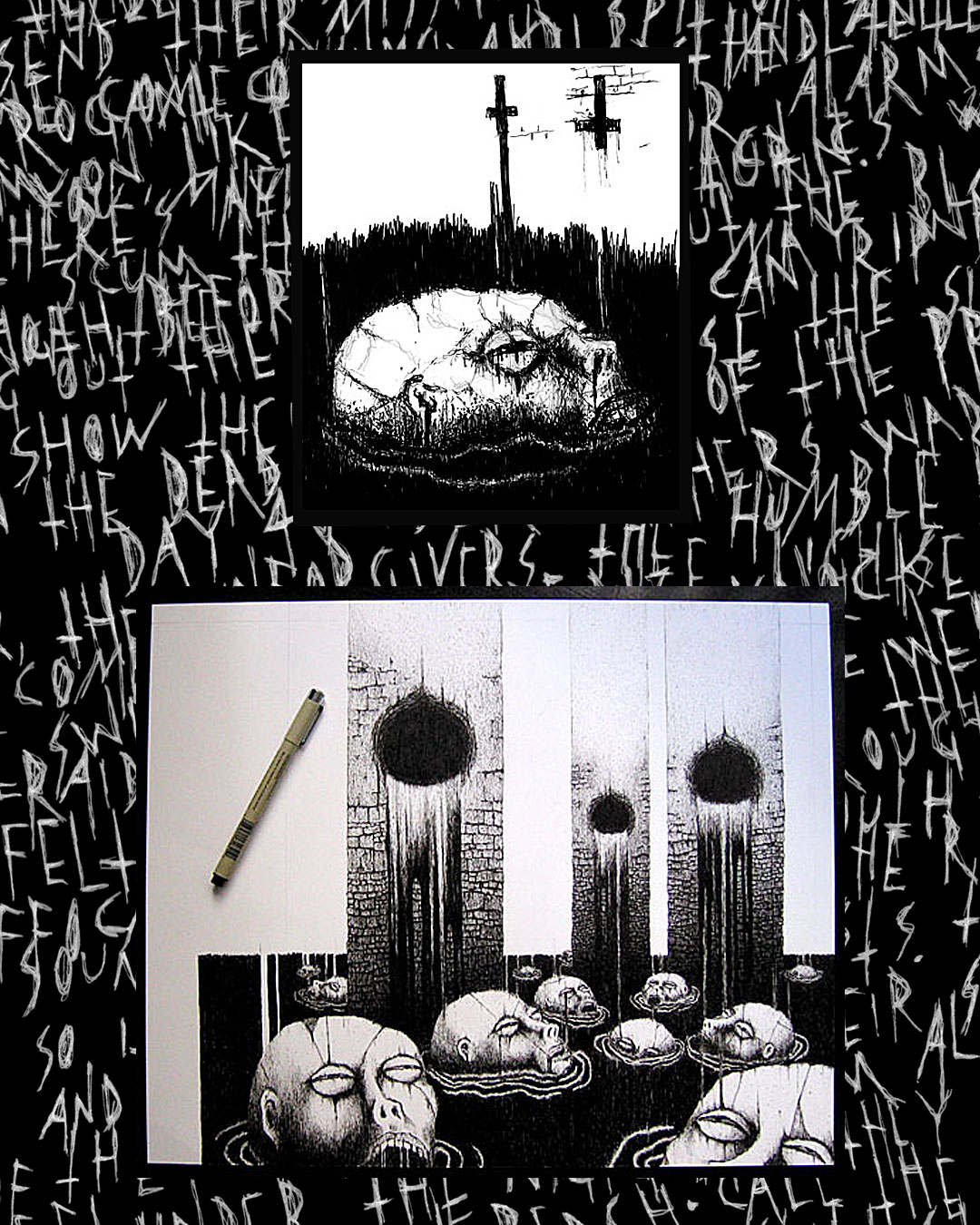 In another series of drawings I may explore this world further. I forgot about these walking corpse-shaped cities which are a pretty cool concept.

But, as I mentioned above, I wanted to go for something more direct. In that case many of the "cities" were simplified. Also the hollowed out skull dome with people crawling on it (inspired by Slayer "South of Heaven") was changed.

To show the agony, the white skull and people were combined into a series of floating disembodied heads.